EUR/USD extends the advance from the previous week as Fed Chairman Jerome Powell endorses a wait-and-see approach in front of Congress, and recent price action brings the monthly-high (1.1489) on the radar as the exchange rate tracks the range from earlier this year. 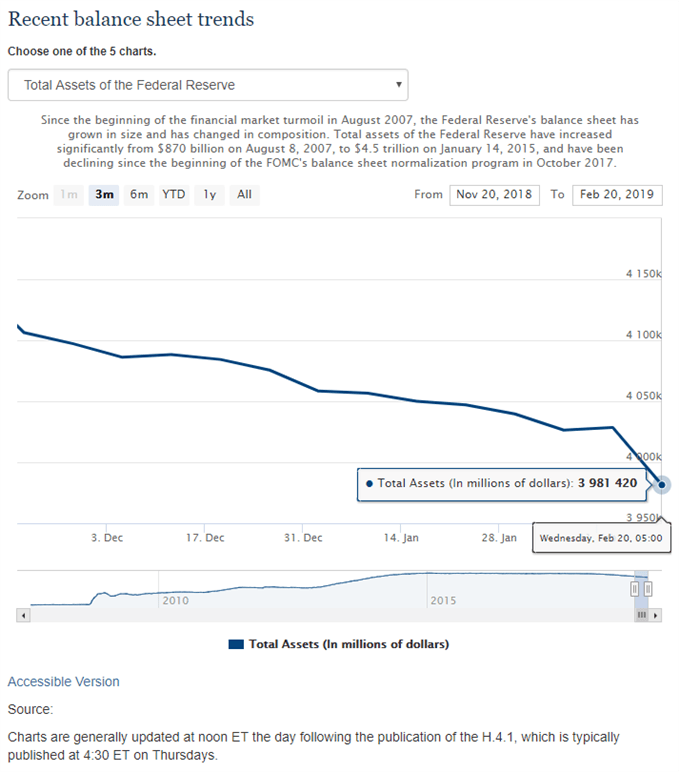 The prepared remarks for the semi-annual testimony suggest the Federal Open Market Committee (FOMC) will continue to change its tune over the coming months amid the slowdown in ‘China and Europe,’ and a growing number of Fed officials may show a greater willingness to taper the $50B/month in quantitative tightening (QT) as Chairman Powell states that ‘the Committee can now evaluate the appropriate timing and approach for the end of balance sheet runoff.’

The comments put increased emphasis around the March 20 interest rate decision as Fed officials are slated to present their updated forecast, and it remains to be seen if Chairman Powell & Co. will adjust the Summary of Economic Projections (SEP) as the previous update indicate a longer-run interest rate of 2.75% to 3.00%. 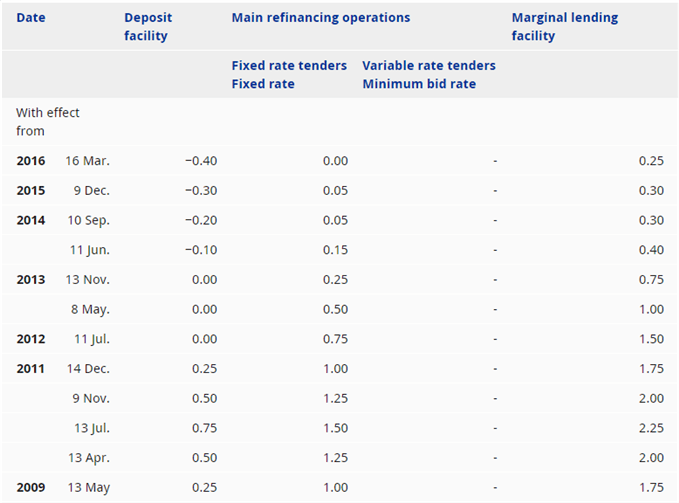 Ahead of the FOMC, the European Central Bank (ECB) delivers its next interest rate decision on March 7, with the Governing Council widely expected to retain the current policy as the central bank struggles to achieve its one and only mandate for price stability. In turn, President Mario Draghi & Co. may show a greater willingness to further support the monetary union amid the growing discussion for another round of Targeted Long-Term Refinancing Operations (TLTRO), and the ECB may introduce a more dovish forward-guidance over the coming months as the Governing Council remains in no rush to remove the zero-interest rate policy (ZIRP).

Until then, the range from late-2018 remains on the radar as both the Fed & ECB endorse a wait-and-see approach for monetary policy, with EUR/USD at risk for a larger rebound following the failed attempt to test the 2018-low (1.1216). Sign up and join DailyFX Currency Analyst David Song LIVE for an opportunity to discuss potential trade setups. 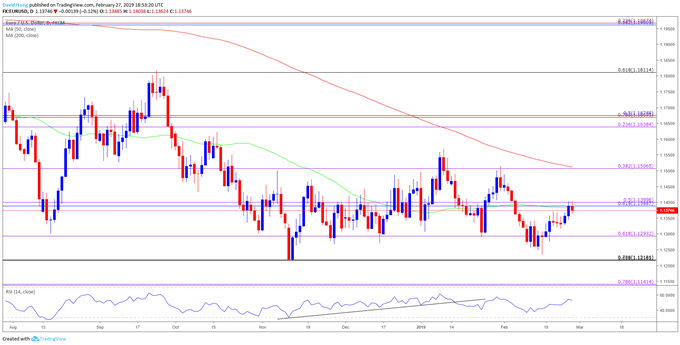