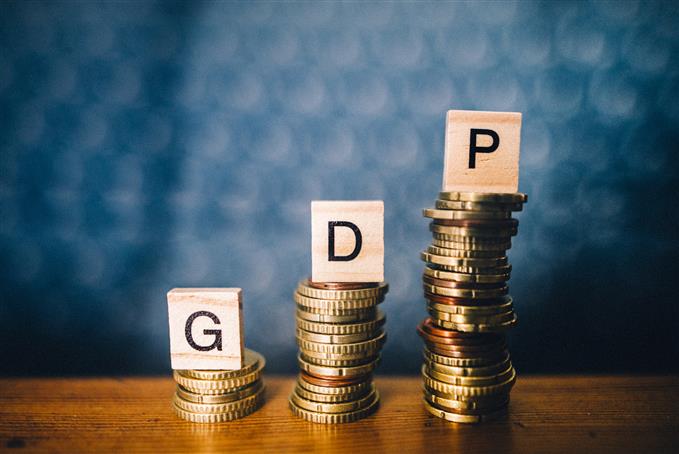 GDP (Gross Domestic Product) economic data is deemed highly significant in the forex market. GDP figures are used as an indicator by fundamentalists to gauge the overall healthand potential growth of a country.Consequently, greater volatility in the forex market is closely observed during the GDP release.

What forex traders need to know about GDP

Developed in 1934 by Simon Kuznets, the Gross Domestic Product (GDP) measures the output and production of finished goods in a country’s economy. Usually, GDP is measured in three different time periods: monthly, quarterly and annually. This enables economists and traders to get an accurate picture of the overall health of the economy.

There are many approaches to calculating GDP, however, the US Bureau of Economic Analysis uses the “Expenditure Approach” using the formula:

Understanding the relationship between GDP and the forex market

The general rule of thumb when looking at GDP data is looking at whether figures beat or fall below estimates (see relevant charts below): 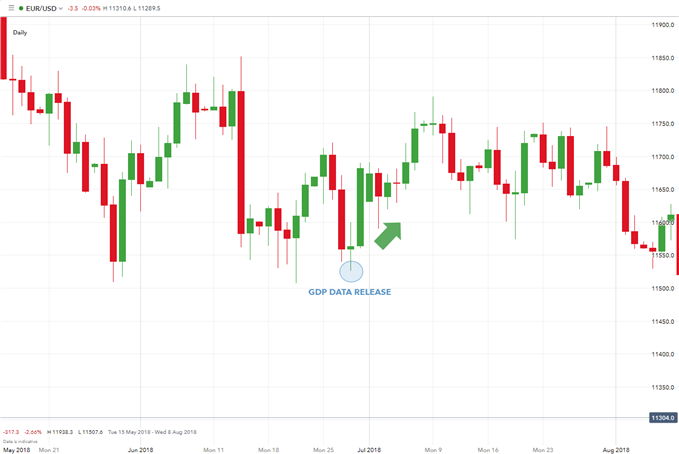 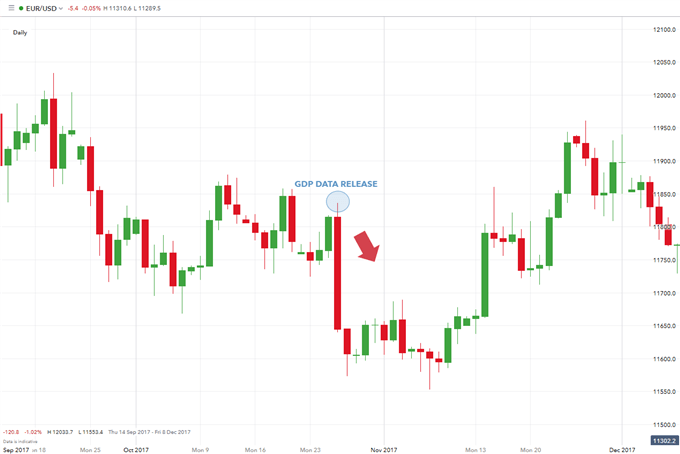 GDP reports do not always have the same or expected effect on currencies. This is important to keep in mind before committing to a trade. Often, GDP figures are already fully/partially priced into the market meaning that the market may not react as anticipated once GDP figures are released.

Related economic data reports regularly allow for the market to ascertain a somewhat accurate estimate. Data to look out for:

Without the specter of inflation in a moderately growing economy, interest rates can be maintained around 3%. However, a reading above 6% GDP would show that the US economy is endanger of overheating which can, in turn, spark inflation fears.

Consequently, the Federal Reserve may have to raise interest rates to curb inflation and put the ‘brakes’ on an overheating economy. Maintaining price stability is one of the jobs of the Federal Reserve. GDP must stay in a ‘goldilocks range’: not too hot and not too cold.

GDP should not be high enough to trigger inflation or too low where it could lead to recession. A recession is defined by two consecutive negative quarters of GDP growth. The GDP ‘sweet spot’ varies from one country to another. For example, China has had GDP in double digits.

Forex traders are most interested in GDP as it is a complete health report card for a country’s economy. A country is ‘rewarded’ for a high GDP with a higher value of their currency. There is usually a positive expectance for future interest rate hikes because strong economies tend to get stronger creating higher inflation. This, in turn, leads to a central bank raising rates to slow growth and to contain the growing specter of inflation.

On the other hand, a country with weak GDP has a drastically reduced interest rate hike expectation. In fact, the central bank of a country that has two consecutive quarters of negative GDP may even choose to stimulate their economy by cutting interest rates.

The chart below shows a longer time frame EUR/USD view as seen in Chart 2 above. This chart expresses the variation in short term QoQ data against the longer-term YoY trend. 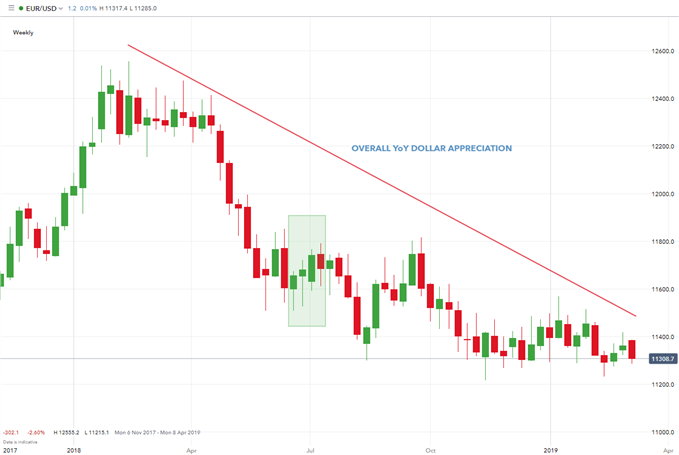