Asia Pacific stock markets rose on Wednesday as hopes endured that China and the US might be close to a trade settlement.

A report in the Financial Times quoted a vice president of the US Chamber of Commerce saying that a deal was 90% done. White House economic adviser Larry Kudlow said the two countries expect to make headway at this week’s talks, which start on Wednesday.

Foreign exchange markets saw a similar revival of risk appetite with the Australian Dollar doing well at the expense of perceived havens such as the Japanese Yen. The Aussie also got a boost from domestic numbers showing that retail sales and the trade surplus had both beaten expectations.

Indeed, AUD/USD has been lifted back into the uptrend channel which it abandoned on Tuesday for the first time following a rather dovish economic roundup from the Reserve Bank of Australia. 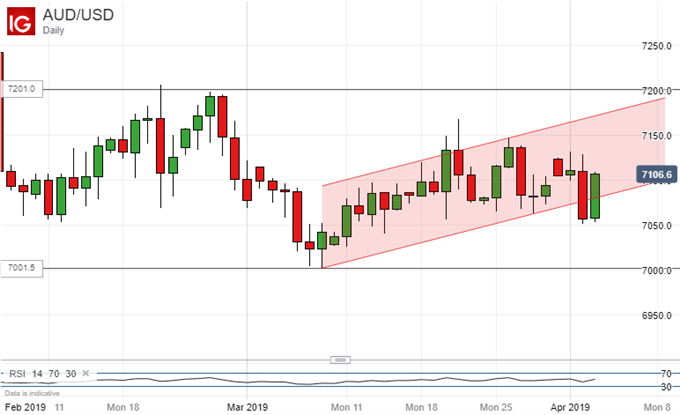 Crude oil prices looked set for a fourth straight day of gains as investors mulled the possibility of higher demand in the event of a trade deal. Gold prices were steady as a modest pullback for the US Dollar offset the dampening effects of revived risk appetite.

Still to come on Wednesday are various PMI data from around Europe and the US, with official Crude Oil inventory levels from the Department of Energy also due.