AUDUSD could experience a volatile session tomorrow considering overnight forex options contracts are pricing in the largest expected move for spot prices since the flash-crash witnessed by markets on January 3. Uncertainty surrounding Thursday’s high-impact economic data out of Australia and the US has likely bid up AUDUSD 1-day implied volatility to its second highest reading of the year. 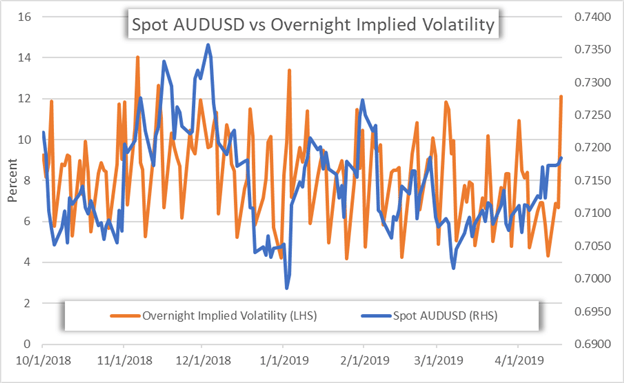 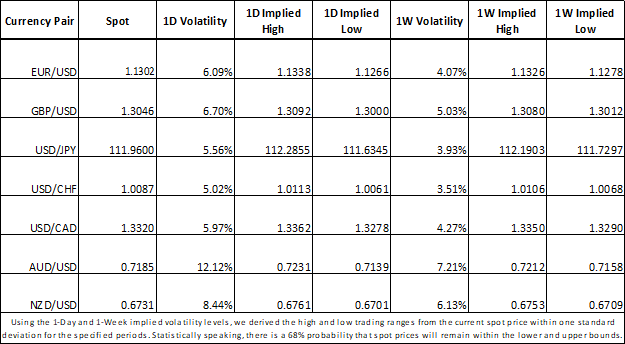 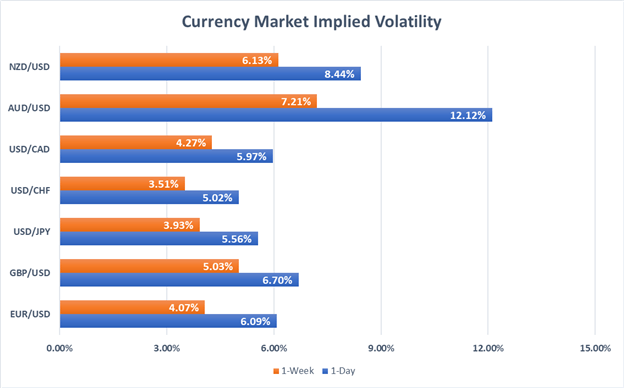 The RBA’s remarks unsurprisingly weighted negatively on AUDUSD seeing that the central bank stated a decrease in the overnight cash rate would likely be appropriate if inflation fails to firm and unemployment trends higher. 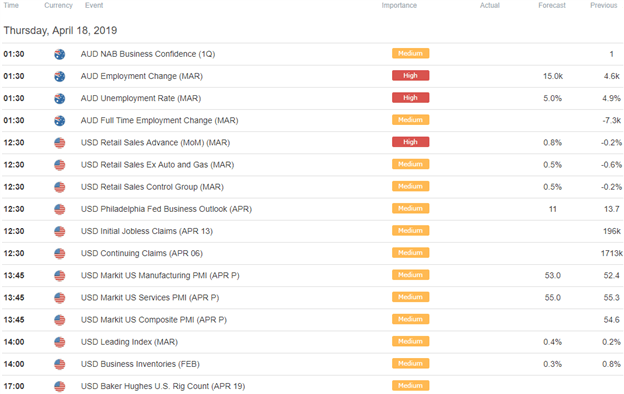 Although Australian employment numbers will likely take the spotlight for AUDUSD traders during Thursday’s session, a slew of economic data out of the US could weigh on the currency pair later in the day. It’s worth mentioning that the Citi US Economic Surprise Index shows a sizeable drop-off since January, indicating that America’s economic data has broadly surprised to the downside as of late.

That being said, a data-dependent Fed could adopt a dovish tilt following suit from central banks around the world if leading indicators like the Markit Services and Manufacturing PMIs disappoint. On the contrary, better than expected economic reports out of the US will likely bolster the greenback. 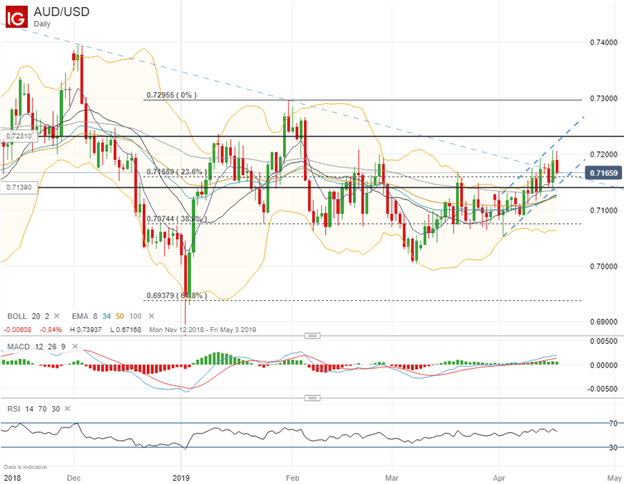 According to AUDUSD overnight implied volatility, the currency pair is calculated to trade between 0.7139 and 0.7231 with a 68 percent statistical probability. Spot AUDUSD currently trades at 0.71659 with prices forming a rising channel since the beginning of the month. Recent gains have pushed the Aussie above near-side resistance from the downtrend line formed by the tops printed on December 4, 2018 and January 31, 2019. Yesterday’s advance also helped reclaim the 23.6 Fibonacci retracement line drawn from the flash-crash low on January 3 this year to its 2019 high – a level that now looks to serve as technical support.

However, if Australian economic data falters tomorrow, AUDUSD fundamentals could quickly weaken considering the RBA has a previously stated that a deteriorating jobs market would likely put a rate cut on the table. That being said, an increase in the unemployment rate has potential to send spot AUDUSD plunging. With overnight implied volatility suggesting a mere 46 pip move, the possibility of a risk-reversal could be underpriced. On the contrary, a robust employment report could drive AUDUSD to fresh month-to-date high. 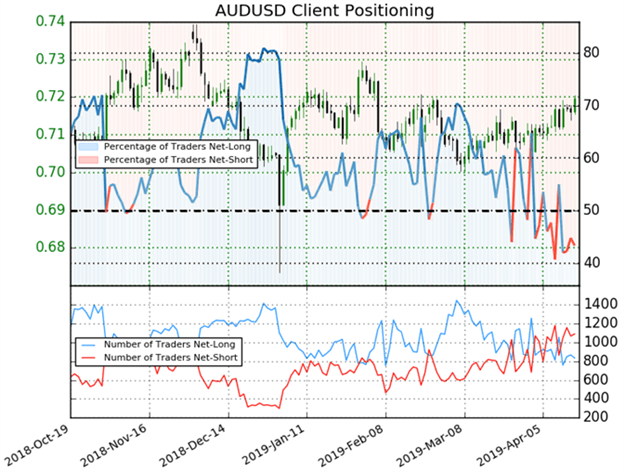 The latest AUDUSD trader sentiment data from IG shows that 43.4 percent of traders are net-long resulting in a ratio of traders short to long at -1.31 to 1. Moreover, the number of traders net-long is 7.3 percent lower than yesterday and 10.9 percent lower relative to last week.