Overnight, the RBA kept interest rates unchanged at 1.50%, however, the Australian Dollar dipped in reaction to the more cautious statement. The central bank had implied a more flexible approach to monetary policy having highlighted that they will “continue to monitor developments and set monetary policy to support sustainable growth”. In regard to growth the RBA noted that GDP painted a soft picture, however, they remain optimistic over the labour. As such, Aussie jobs data remains key as to whether the central bank would provide a stronger dovish tone.

In the near-term AUDUSD topside looks to be somewhat limited with $3.7bln worth of vanilla options rolling off at 0.71 throughout the week, while the 50 and 100DMAs reside at 0.7118 and 0.7150 respectively. Key support remains situated at the psychological 0.70 handle.

Given the continued challenges faced by Australia with inflation remaining support and growth deteriorating. Markets have continued to bring forward expectations of a rate cut with a 25bps cut fully priced in by August. However, for this to become realised, a pick-up in the unemployment rate would have to take place, alongside the continued weakness in growth. 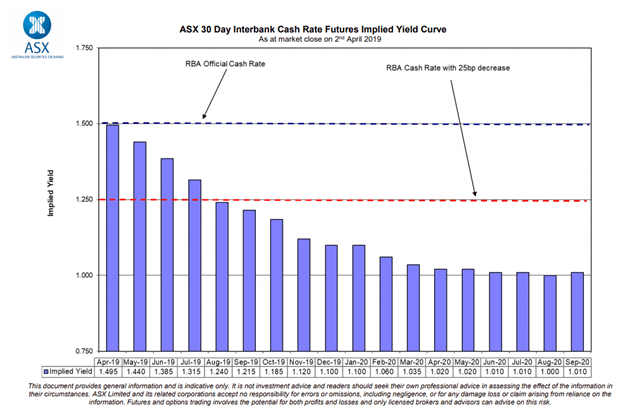 Since the beginning of the year bearish bets on the Aussie have almost doubled with net shorts valued at $3.8bln, according to CFTC data. Much of the negative sentiment towards the Aussie has stemmed from the increasingly softer domestic outlook with the RBA providing a more cautious outlook. 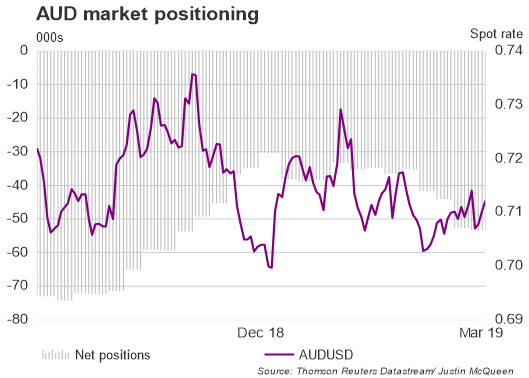