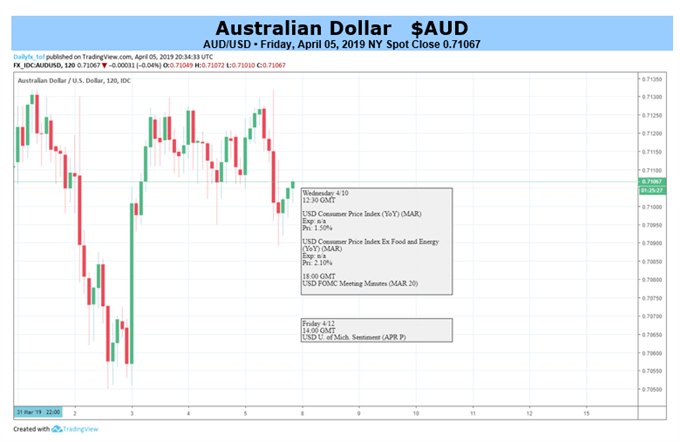 The Australian Dollar faces a week of scant domestic economic clues but is in any case likely to spend the next few sessions in thrall rather to global risk appetite.

Despite plentiful weak economic numbers from around the world of late, that appetite has been buoyed by persistent hopes that China and the US will come to a durable trade settlement, possibly quite soon. US President Donald Trump fueled those hopes last Thursday. Then he suggested that a ‘monumental’ agreement could be announced as soon as some time in the next four weeks, even as he acknowledged that differences remain between the two countries.

Given the feebleness of much economic data, it will remain to be seen whether any pact can truly be the magic cure for the world economy that many investors seem so sure it will be. But, for now, any signs that talks are on track are likely to buoy growth-linked assets such as the Australian Dollar.

AUD/USD remains well within the long downtrend which has endured since the start of 2018, but a combination of trade hopes and a rethink about the likely pace of US interest rate rises has seen it effectively rangebound for this year.

It’s worth noting that the Aussie still utterly lacks interest rate support of its own, and that futures markets are now moving to price-in not just one but nearly two quarter-point cuts to the 1.50% Official Cash Rate over the next eighteen months.

With that in mind the currency still doesn’t look like one to get too excited about over the medium or long term, but it may still reap the benefit of trade’s feelgood factor in the sessions ahead.

Investors will however get domestic consumer confidence data to chew over this week, while Reserve Bank of Australia Deputy Governor Guy Debelle will speak on the State of the Economy in Adelaide on Wednesday. While either event could see the Aussie move, neither is likely to give it the impetus to escape the broader gravity of overall risk appetite.

So, it’s a cautiously bullish call this week.

Looking for a technical perspective on the AUD Dollar? Check out the Weekly AUD Technical Forecast. 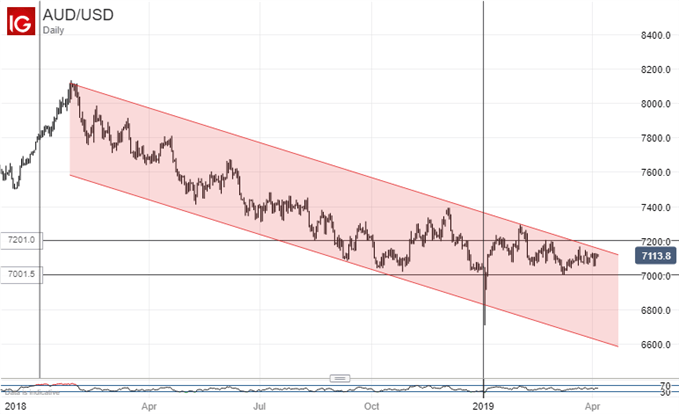