The index for that from National Australia Bank came in at 2 for February, below January’s 4. It was also the lowest print since the start of 2016. Firms’ assessment of current conditions slipped to 4 from 7. Investment lending also fell, dropping 4.1% after its previous 1.5% slide.

AUD/USD unsurprisingly slipped on the news, with focus now likely to settle on consumer confidence numbers which are due for release on Wednesday. 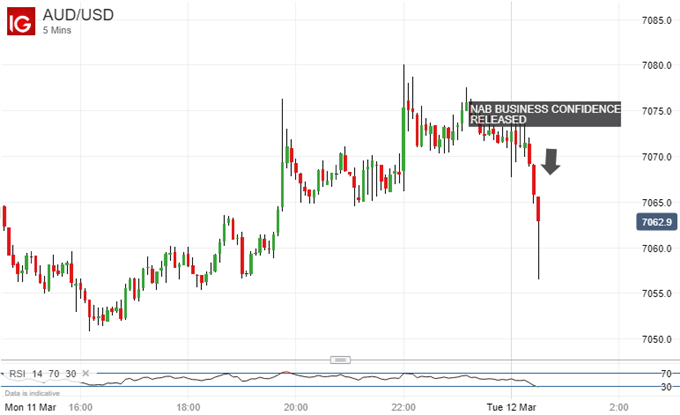 The Australian economy is still a strong creator of jobs despite plenty of weak economic readings elsewhere. The problem for Australian Dollar bulls though is that there seems to be a complete lack of inflationary pressures.

AUD/USD remains stick in a pervasive downtrend channel on its daily chart. The currency is weighed down by expectations that record-low Australian interest rates may yet fall further. The latest disappointing growth figures didn’t help Aussie bulls’ cause either. 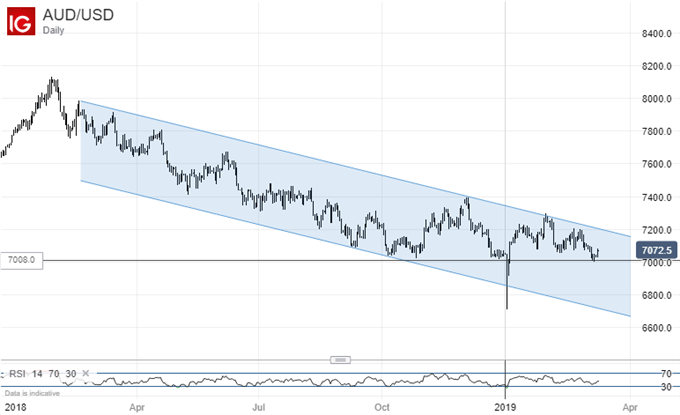 Given all that it is quite hard to get bullish about the currency over the medium-term. However, any signs of a durable trade settlement between China and the US could well see growth-sensitive assets such as the Aussie catch a bid, even if it is more debatable whether such a settlement would be the answer to all global economic worries, as some investors clearly seem to believe.