Bitcoin extended its recent rally during Memorial Day weekend in the United States, touching fresh yearly highs and grasping at $9,000. The largest cryptocurrency by market capitalization has traded below $9,000 since May 11, 2018 and a topside breakout over the weekend spurred the coin near the psychological level. 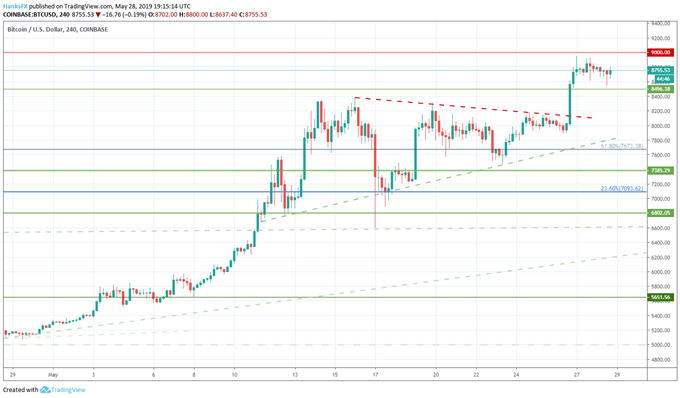 For support, BTC will look to the swing-high from July 2018 – around $8,496. The level should provide a modicum of support, marking the first level to watch before the upper-bound of the recent wedge comes into play between $8,200 and $8,000. 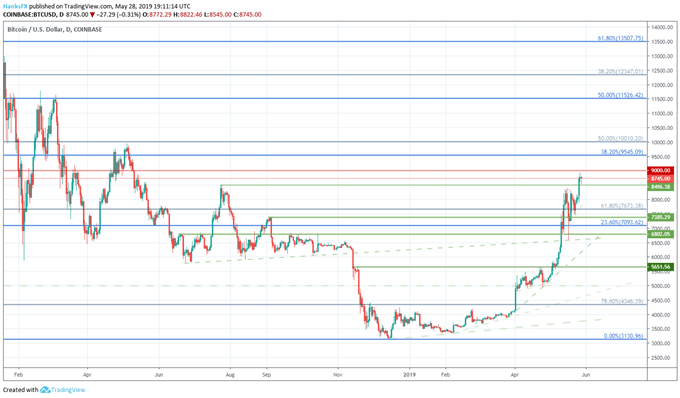 Conversely, XRP is just 21% higher in the year-to-date after enjoying a surge of more than 40% in the last two weeks. Continuing recent strength, XRP has climbed for six consecutive trading sessions which ties the coin’s longest streak ever. That said, another daily close higher on Wednesday would post a new record for the third-largest cryptocurrency by market cap. 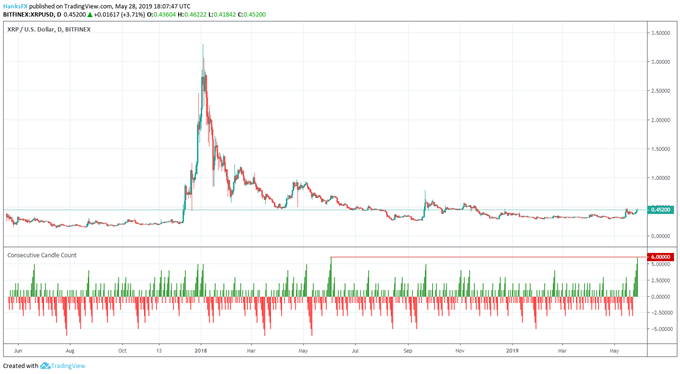 Price data from Bitfinex and TradingView

Standing in its way is the 61.8% Fib level, around $0.4560, marked by August 2018 lows to September 2018 highs. The technical level has rebuked the last five attempted moves higher – with XRP unable to sustain a daily close above each time. Another failed run drive XRP back down to the 78.6% level at $0.3643 which has provided notable buoyancy for the coin over the last two weeks. 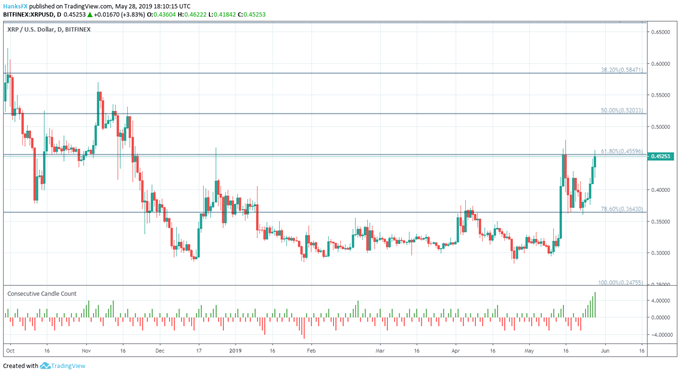 Should recent trends persist, the cryptocurrency market may continue to enjoy a tailwind from weakening emerging market currencies. The correlation between the two has strengthened in recent weeks as crypto becomes an attractive alternative for citizens in countries where the currency has shed value. As price action unfolds, follow @PeterHanksFX on Twitter for updates and technical levels on BTC and XRP.