GBP: A series of indicative votes later in the Parliament may give Sterling some direction for the rest of the week but as with all things Brexit, nothing can be ruled in or out. Before MPs get to vote, a list of 16 options will be whittled down by Speaker of the House John Bercow, which may ruffle a few feathers. GBPUSD trades flat on the session with the US dollar stable and waiting for important data releases at the back end of the week.

NZD: The RBNZ turned dovish at its latest policy where rates were left unchanged as expected. The surprise came in the accompanying statement with the central bank admitting that interest rates may need to be cut in the months ahead due to slowing growth and below target inflation. The New Zealand dollar lost around 1.5% against a range of currencies in the minutes after the release and continues to trade heavy.

EUR: At an ECB conference in Frankfurt, central bank President Mario Draghi again highlighted that concerns over a lack of price pressure and global growth worries. The single currency weakened marginally as Draghi repeated that all monetary options remain open. In the Euro-Zone bond market, Germany sold 10-year Bunds with a negative yield for the first time since 2016, underscoring fears of tepid growth ahead.

US yield curve inversion – short-term rates above long-term rates – is all the rage at the moment as markets toy with the idea that a recession is on the way. Excellent primer by DailyFX senior currency strategist Chris Vecchio:

Why Does US Yield Curve Inversion Matter? 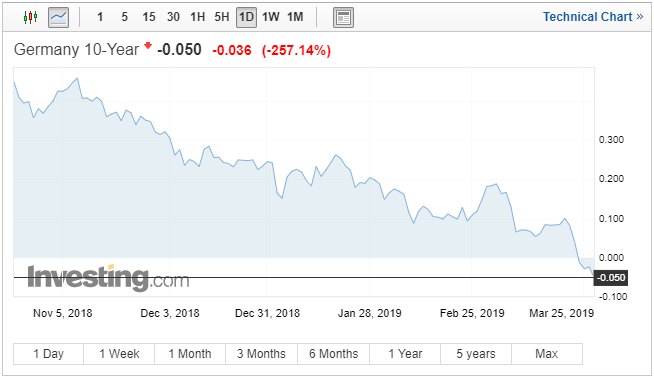 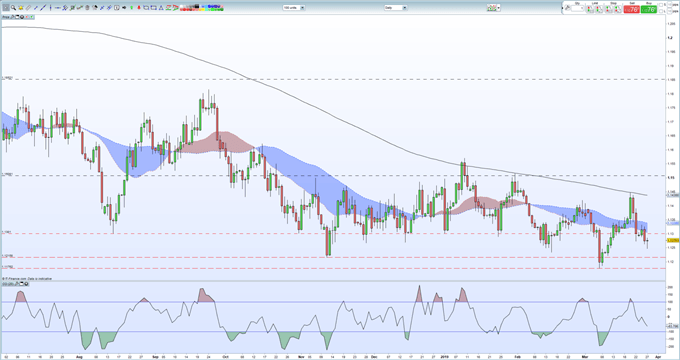