Market Themes and Movers – Brexit and a Risk-Off Theme

GBP: Sterling continues to trade sideways as Brexit news and rumours dominate proceedings. PM May’s position is said to be under increasing pressure as MPs look to take the Brexit debate forward. A series of indicative votes have been mooted for mid-week with Parliament looking for a consensus position to present to the EU. PM May is thinking about presenting her Withdrawal bill to the House again this week if she is confident that it will pass, although current thinking is that this is unlikely to happen.

USD: The dollar remains better-bid for choice after rallying off the six-week low made mid-last week. US-China trade talk has shifted to the background as we start the week but will remain a key driver in the weeks and months ahead. The greenback has lost ground against the Japanese Yen as risk-off sentiment takes hold of the market, pulling gold higher, while oil slips lower on global growth concerns. The USD is also shrugging off, for now, the inversion seen in the US Treasury market where 3-months T-Bills briefly offered more yield than 10-year USTs, an inversion that may signal an upcoming recession.

DAX 30: The German bourse, along with other European stock markets, is under downside pressure and further losses may be on the cards going forward. A brief rally took some markets back to flat on the session but moves look strained. Today’s slightly-better-than-expected German IFO data gave the Euro a nudge higher but taken in conjunction with last week’s weak PMI readings, expectations for German growth this year may be downgraded again. 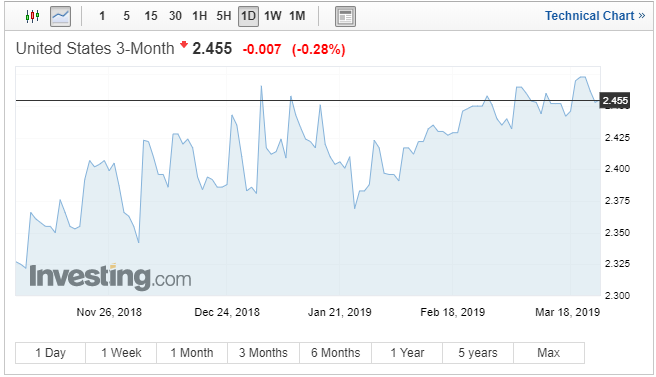 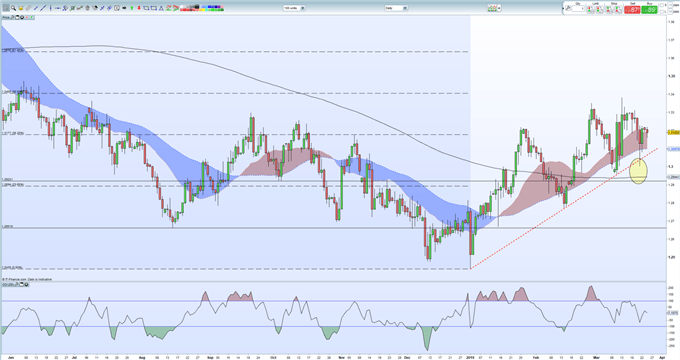