Given the latest Brexit uncertainty, it cannot be overstated the potential volatility the Pound faces. In fact, GBPUSD currency option traders are pricing in 18.81 percent and 16.75 percent implied volatility on the 1-Day and 1-Week contracts respectively. This places the currency pair’s implied volatility at its highest level since July 2016 and comes in response to the unknown outcome regarding the UK’s departure from the EU. 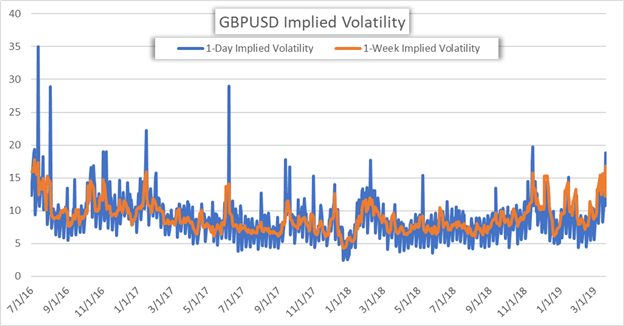 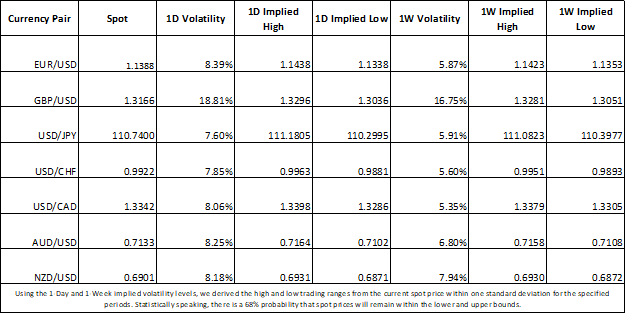 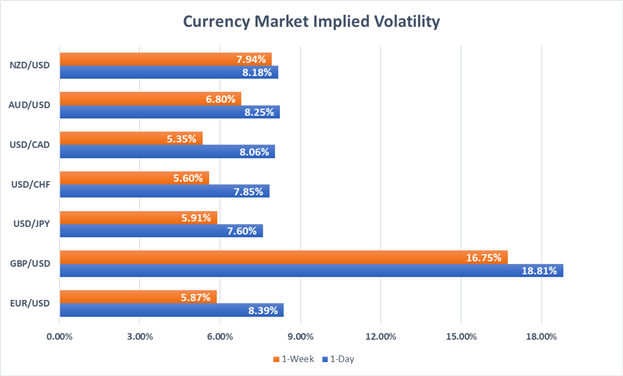 Although the Bank of England announced its latest Monetary Policy update earlier today, UK’s central bank remains sidelined by the latest Brexit drama.Yesterday the British Government formally submitted its request to the European Union to push back Brexit from March 29 to June 30 as the UK risks crashing out of the EU without a deal despite MPs voting against a no-deal exit.

Now, it appears that the direction of Brexit – and the Pound – looks to be in the hands of the EU27 who are meeting in Brussels today at the EU Summit to discuss the UK’s request to extend Brexit. Great uncertainty over the decision has fueled downside pressure in the GBP considering all other 27 EU members must unanimously approve a Brexit delay. As things currently stand, the legal default is for the UK to crash out of the EU on March 29 without a Withdrawal Agreement. 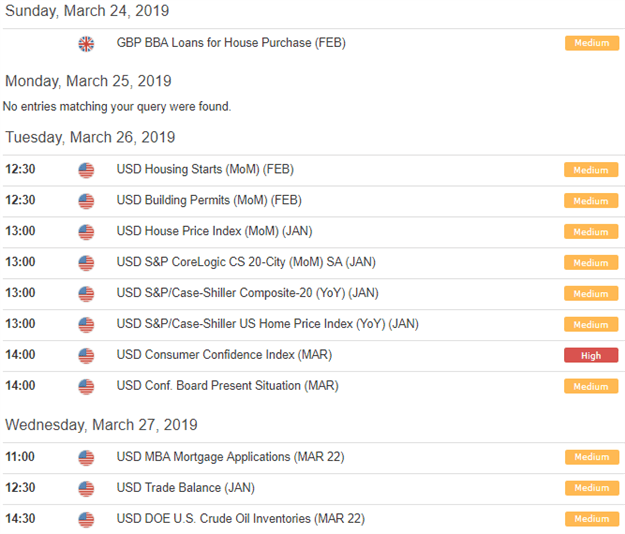 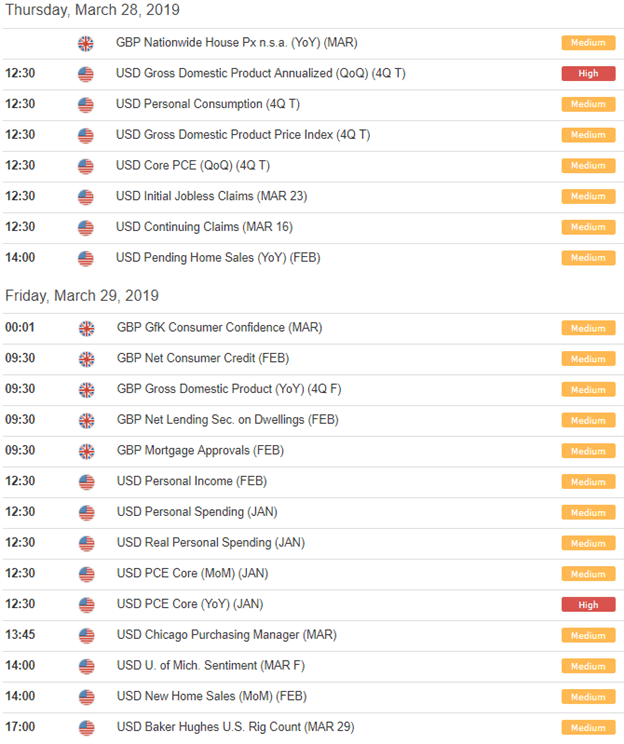 The release of economic indicators out of the UK and US also look to move GBPUSD’s needle over the coming days. Tomorrow, currency traders are set to turn their eyes to PMI readings from the US which follows the Federal Reserve’s latest FOMC monetary policy decision. The Fed’s latest dovish position and lowering of its 2019 economic projections sent the US Dollar plummeting, but a healthy print on tomorrow’s PMI could help bolster the USD.

US and UK consumer confidence in addition to a slew of other economic data readings listed above should also be watched for any material surprises that could cause spot GBPUSD prices to oscillate. However, headlines covering the latest Brexit developments will likely overshadow economic data and dominate price action. 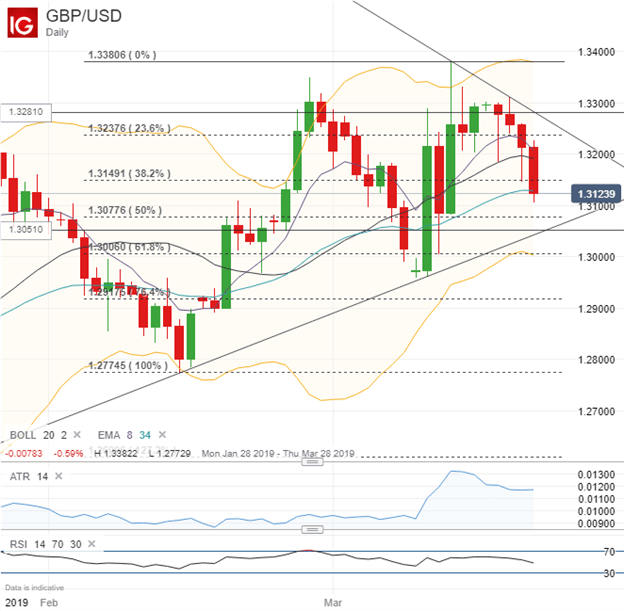 From a technical perspective, spot GBPUSD is teetering at support from the 34-day EMA after prices fell below the 38.2 percent Fibonacci retracement line. The next technical support levels worth eyeing are the 50.0 percent Fibonacci retracement in addition to the uptrend line extending from where prices based February 14 and March 11. Slightly below this area is the 1.3051 price line derived from 1-week implied volatility and is where currency option traders expect spot GBPUSD to stay above.

On the flip side, resistance could be seen where spot cable prices fell below the 38.2 percent Fibonacci retracement line as old support becomes new resistance. Also, additional downward pressure could be applied by 20-day SMA and 8-day EMA turning lower. 1-week implied volatility expects a price ceiling at the 1.3281 spot level. It is worth mentioning again, however, that Brexit headlines will likely dictate where spot prices head from here. 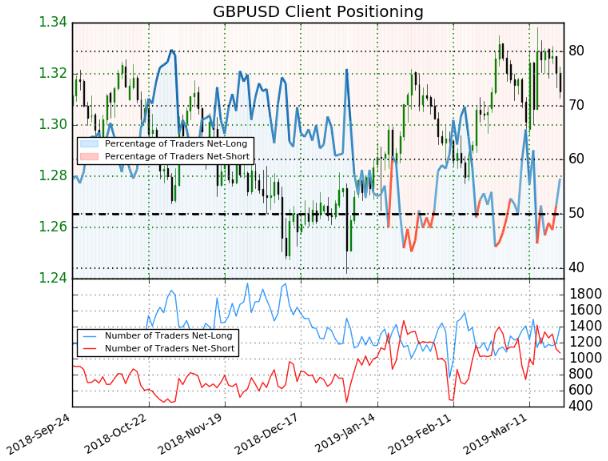