After closing above a 17-year high at 9.4494 with the fingertips at 9.5003, USD/SEK subsequently had some pullback and re-entered a trading range between 9.3110-9.4066. The frequently-tested January support might provide an ample foundation for the pair to continue its climb for the rest of the week. Looking ahead, the pair may struggle to continue along the steep incline above the upper lip of the range. 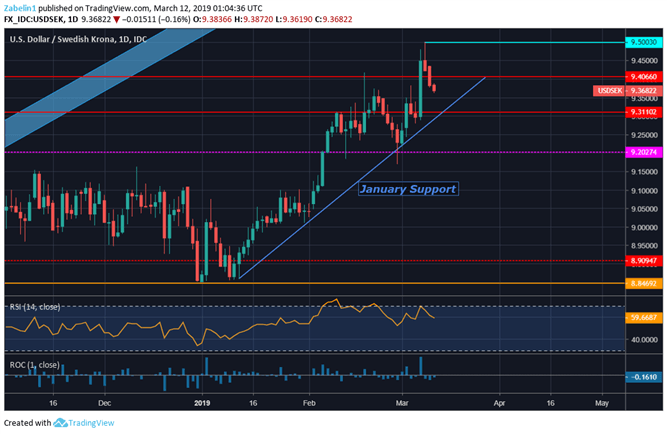 Zooming out to a weekly chart, the pair appear to be resuming what looks like a broad uptrend starting in January 2018. Between August 2018 and January 2019, the pair traded sideways between the 8.9094-9.2027 boundary before it resumed its steep incline. 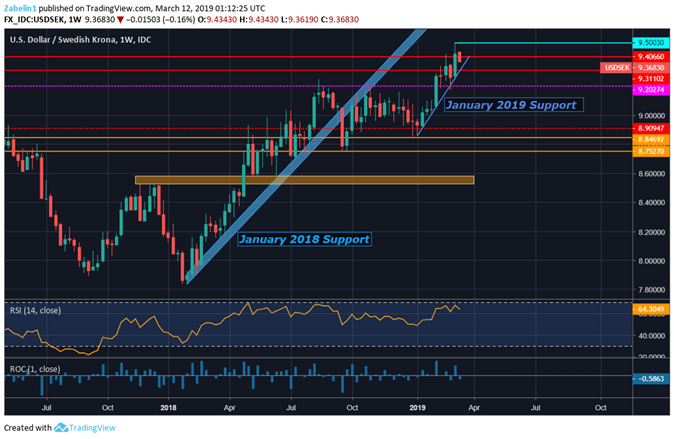 USD/NOK also had a meteoric rise with the height at 8.8197 and a close at 8.7995, the highest since December 2018. Around that same time, a resistance range appeared to have been formed between 8.7881-8.8244. The pair attempted to breach the lower bound on several occasions and repeated effort left the pair exhausted and caused it to decline.

This also appears to have been another attempt for the pair to test the January resistance. After the last failure in February, traders may have simply thrown in the towel right around the same time the pair failed to close above 8.7881. 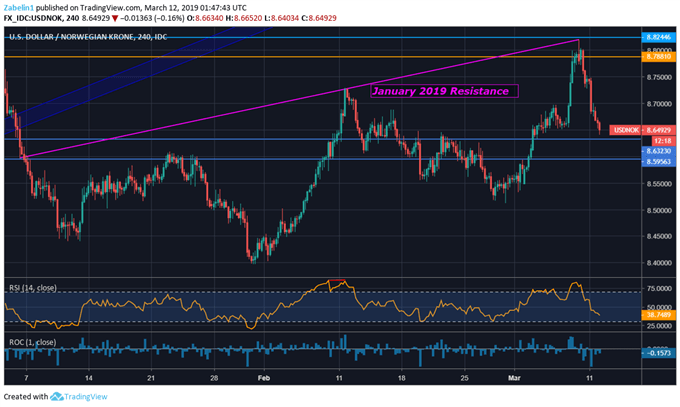 A weekly chart reveals how the pair broke a steep trading channel in December and traded lower for a while. However, now the pair appear to be attempting to regroup and continue the charge upward. The boundary between 8.6323-8.7881 may keep the pair in check for the next few months. 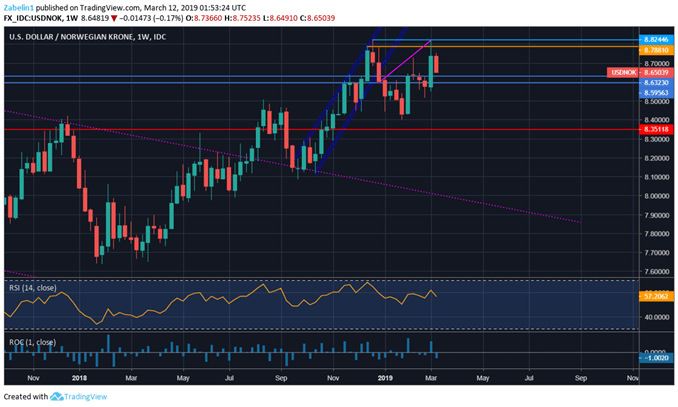 Looking ahead, later today the UK Parliament will be voting on the Prime Minister’s Brexit deal. Preliminary reports and commentary from her Deputy, David Lidington, indicate the deal may pass. However, given how sporadic and volatile Brexit developments are, it is equally likely that whatever occurs it will produce an equally market-moving reaction.

To understand why the Swedish Krona and Norwegian Krone are particularly vulnerable to these kinds of developments, read my weekly Nordic fundamental forecast.