The British Pound continued to receive the most attention as it achieved major technical breaks across its major counterparts. Brexit-related news continues kept upholding this trading dynamic, with markets becoming increasingly confident that the UK could avoid a ‘no-deal’ divorce before the March 29 deadline. Today, Parliament voted to accept Amendment F as EUR/GBP’s dominant downtrend resumed.

Yet, sentiment was fragile over the past 24 hours as European equities closed mostly lower and US ones just missed a neutral day. It began with geopolitical tensions in Asia after Pakistan downed two Indian jets, increasing tensions between two nuclear powers. Then, US Trade Representative Robert Lighthizer seemed to have poured cold water on recent progress in US-China trade negotiations.

The pro-risk Australian and New Zealand Dollars were some of the worst performing majors on Wednesday. Meanwhile, the anti-risk Japanese Yen was rather mixed as the S&P 500 attempted to trim its losses towards the end of the trading session. Crude oil prices received a major boost when weekly US stockpiles unexpectedly contracted by the most since July 2018.

Thursday’s Asia Pacific session is loaded with economic event risk. The Australian Dollar looks to private capital expenditure data as markets are becoming increasingly confident about an RBA rate cut by the end of this year. Afterwards, the Aussie could be vulnerable if Chinese Manufacturing PMI data continues to underpin the reality that the world’s second largest economy is slowing.

S&P 500 futures are pointing narrowly lower, suggesting that APAC equities could be at risk. A deterioration in risk trends would leave AUD vulnerable while potentially boding well for JPY. AUD/JPY remains within the realm of a bullish reversal formation after near-term resistance was reinforced at 79.84. Keep an eye on the rising trend line from the beginning of this year. 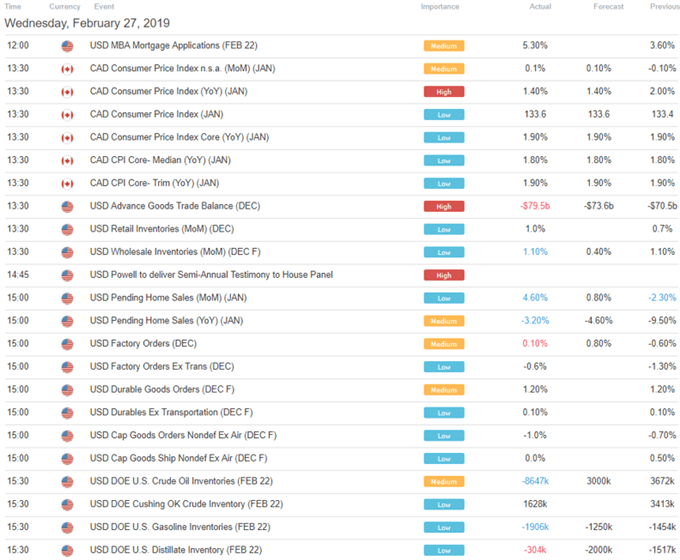 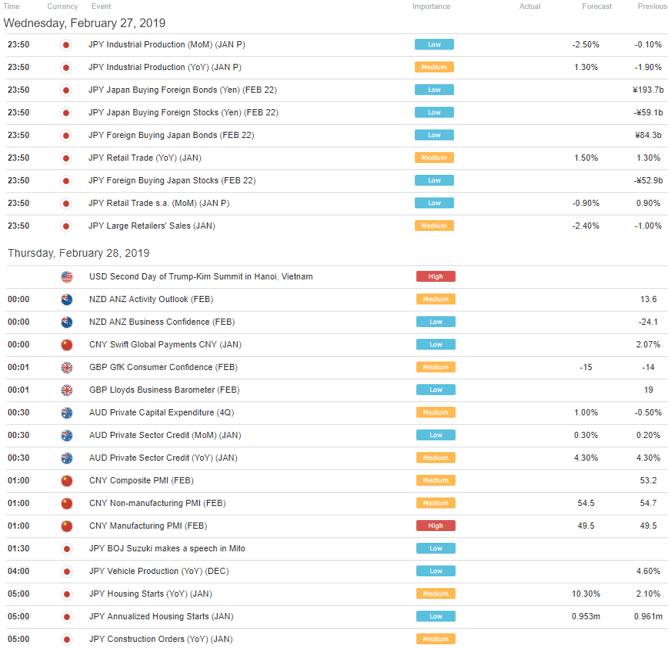