USD/JPY manages to carves a series of higher highs & lows ahead of the Federal Open Market Committee (FOMC) meeting, with the recent rebound boosting retail interest, but the lack of momentum to test the monthly-high (112.14) may lead to range-bound conditions as the Relative Strength Index (RSI) continues to threaten the bullish formation from earlier this year. 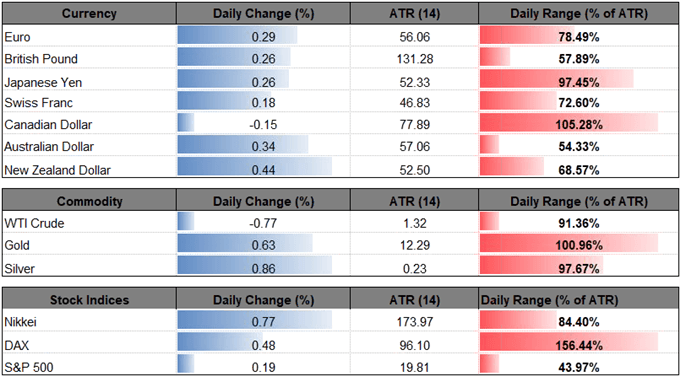 The U. of Michigan Confidence survey has done little to alter the near-term outlook for USD/JPY even though the index climbs to 97.8 from 93.8 in February as attention turns to the Federal Reserve interest rate decision, with the central bank slated to update the Summary of Economic Projections (SEP).

Even though the FOMC is widely expected to keep the benchmark interest rate in its current threshold of 2.25% to 2.50%, the central bank may continue to alter the forward-guidance for monetary policy ‘in light of global economic and financial developments and muted inflation pressures.’ 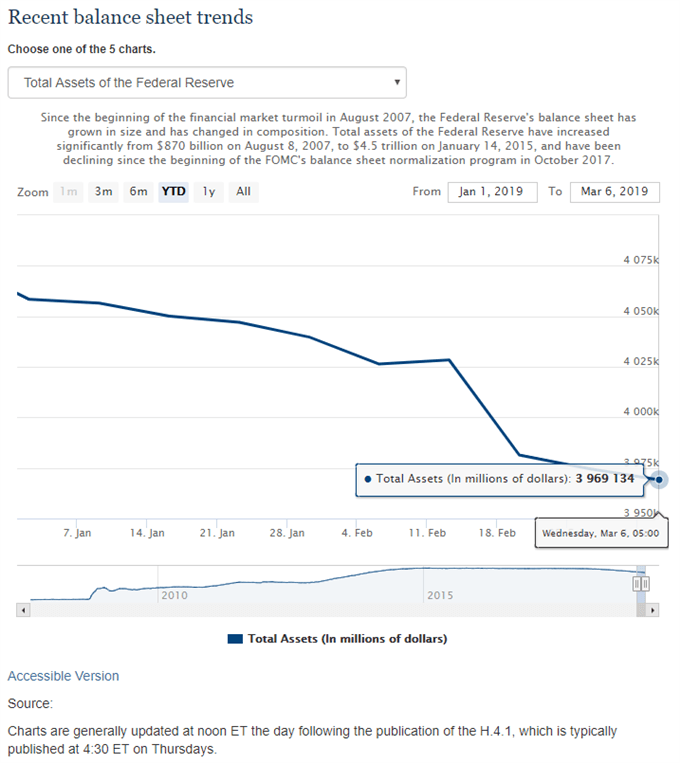 Recent comments from Fed officials suggest the central bank is on track to abandon the hiking-cycle as officials warn ‘that some risks to the downside had increased, including the possibilities of a sharper-than-expected slowdown in global economic growth, particularly in China and Europe,’ and it remains to be seen if Chairman Jerome Powell & Co. will adjust the longer-run interest rate forecast amid budding fears of a policy error.

With that said, the FOMC may also reveal plans to wind down the $50/month in quantitative tightening (QT) as mixed data prints coming out of the U.S. economy stoke fears of a looming recession, and the Fed rate decision may shake up the recent shift in market participation as retail sentiment recovers from an extreme reading. 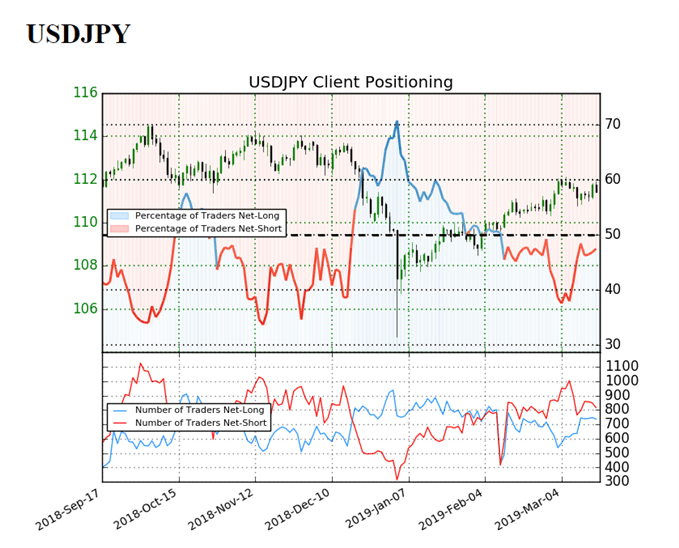 The IG Client Sentiment Report shows 47.4% of traders are net-long USD/JPY, with the ratio of traders short to long at 1.11 to 1. In fact, traders have remained net-short since February 27 when USD/JPY traded near 110.60, with the ratio slipping to an extreme reading earlier this month. The IG Client Sentiment index has recovered ahead of the FOMC meeting, with the number of traders net-long 1.7% lower than yesterday and 10.0% higher from last week, while the number of traders net-short is 3.3% lower than yesterday and 7.4% higher from last week.

A flip in the IG Client Sentiment index driven by a further pickup in net-long interest may warn of a broader shift in USD/JPY behavior, with the exchange rate at risk of threatening upward trending channel from earlier this year especially as the Relative Strength Index (RSI) highlights a similar dynamic. Sign up and join DailyFX Currency Analyst David Song LIVE for an opportunity to discuss potential trade setups. 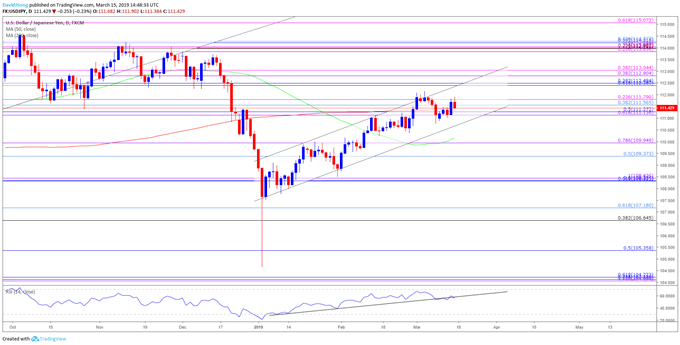