The Canadian Dollar fell against all of its major counterparts amid developments from the provincial election in Alberta, Canada. As the election campaign draws its last breath, the Canadian Dollar has become more jittery amid uncertainty over which candidate will triumph. The two rivals are Rachel Notley, current Premier of Alberta and head of the New Democratic Party (NDP) and Jason Kenney from the United Conservative Party (UCP).

The Canadian Dollar is sensitive to political developments in this election because Alberta is the heart of the oil energy industry in Canada. Therefore, whichever candidate emerges as the victor, they will have a significant impact on the oil-tracking currency. Current Canadian Prime Minister Justin Trudeau and Kenney are politically at odds with each other and the friction between the two could create uncertainty for the energy sector.

The UCP leader’s policies include tax cuts, slashing regulations and restructuring minimum wage laws in an effort to stimulate economic growth. Ordinarily, these proposals would boost investor sentiment and attract capital to CAD. However, a potential political risk comes from his threat to turn off the oil taps to British Colombia unless the government in Victoria approved and ended their effort to obstruct the construction of the Trans Mountain pipeline.

Notley is also in support of constructing pipelines and advocates for increased economic diversification – a policy likely aimed at reducing the province’s exposure to violent changes in crude oil prices. This election could be interpreted as a referendum on Notley’s tenure. Frustration over the delayed pipelines may have fueled the anger of her constituents enough to the point where they are now considering electing Kenney.

Preliminary polls so far have the UCP head in the lead with the election officially ending on April 16, with so far almost 700,00 votes turned in – a record-breaking high. This in large part has to do with politically-polarized nature of this election, and that generally stimulates voter turnout because each side is passionately eager to voice their view.

As political developments around this theme unfold, the Canadian Dollar may continue to experience higher-than usual volatility amid the broader market-moving themes in global affairs. To learn more about politically-charged market moves, you may follow me on Twitter @ZabelinDimitri. 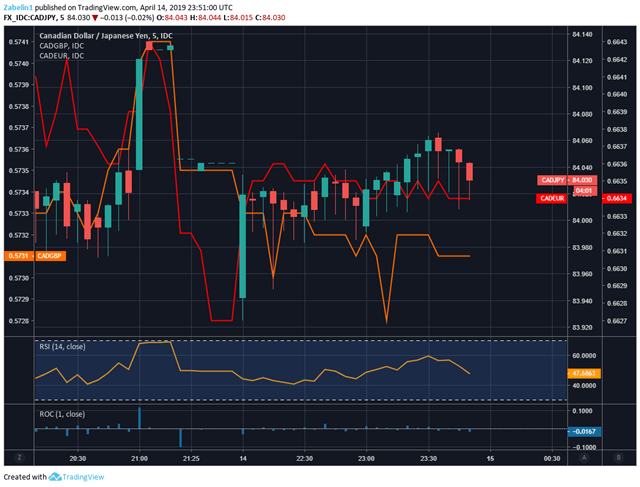