The sharp selloff in the price of oil appears to have stalled following fresh remarks from the Organization of the Petroleum Exporting Countries (OPEC), and recent price action raises the risk for a larger rebound as crude fails to extend the series of lower highs and lows from the previous week. 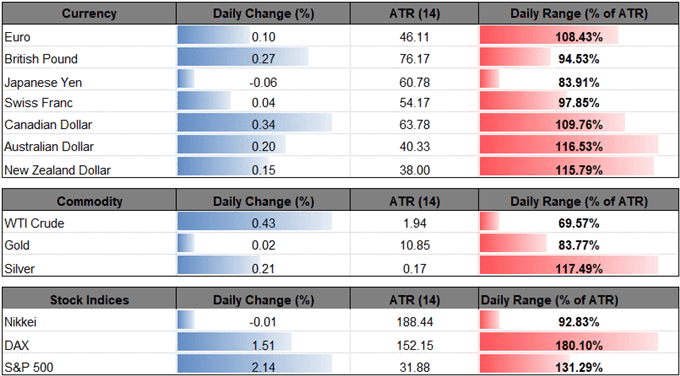 Oil Price Forecast: Can OPEC+ Stave Off a Bear Market?

Oil prices have fallen more than 20% from the 2019-high ($66.60) as the Trump administration plans to impose a 5% tariff on all goods coming from Mexico, and the ongoing shift in U.S. trade policy may keep oil prices under pressure especially as the International Monetary Fund (IMF) insists “consumers in the US and China are unequivocally the losers from trade tensions.”

It remains to be seen if OPEC and its allies will respond to the weakening outlook for global growth as Saudi Arabia Minister of Energy, Industry and Mineral Resources, Khalid Al-Falih, insists that “there’s an emerging consensus among OPEC+ countries to continue their work towards market stability in the second half of the year.” The minister goes onto say that the group remains committed “to do whatever it takes to stabilize markets,” and the OPEC+ alliance may help to stave off a bear market as Russia cuts crude output by an average 317K b/d in May.

With that said, it seems as though OPEC and its allies will continue to regulate the energy market in 2019, but the growing threat of a trade war between the U.S. and China, the two largest consumers of oil, may keep crude under pressure as both price and the Relative Strength Index (RSI) snap the bullish trends from earlier this year. 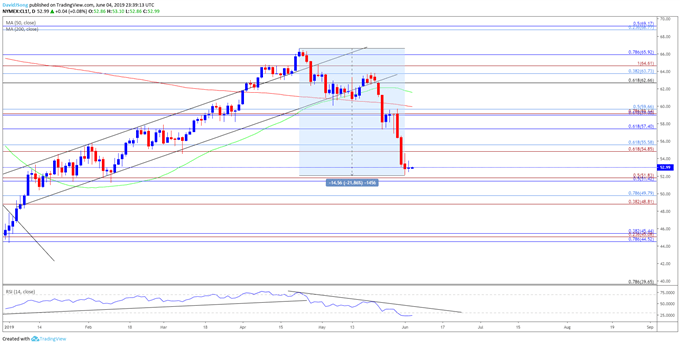