USDCAD and USDMXN swooned on Wednesday after upbeat USMCA comments from US Treasury Secretary Stephen Mnuchin sent the Canadian Dollar and Mexican Peso soaring against the US Dollar. In a congressional testimony, Mnuchin stated that the Trump administration is making headway with Canada and Mexico over unresolved issues with the pending USMCA trade agreement. 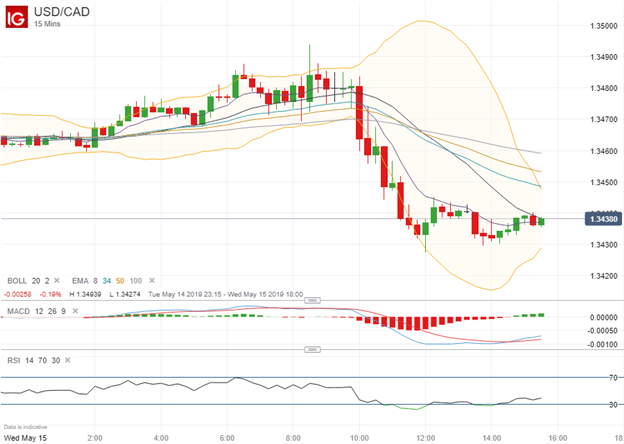 The news of progress between the three neighboring countries was echoed by Mexico’s Economic Minister Graciela Marquez who stated that “we’re having very fruitful conversations on lifting [metal] tariffs.”

The US currently taxes Canada and Mexico on steel and aluminum imports at a rate of 25 percent and 10 percent respectively, but several politicians are calling for the removal of these tariffs before signing the final USMCA deal into law.

Although, Mnuchin expounded on his comments and clarified that he did not say the US will unilaterally lift metal tariffs on Canada and Mexico. Rather, the Treasury Secretary stated that negotiators are working “to resolve the tariff issues as part of the agreement with USMCA.” 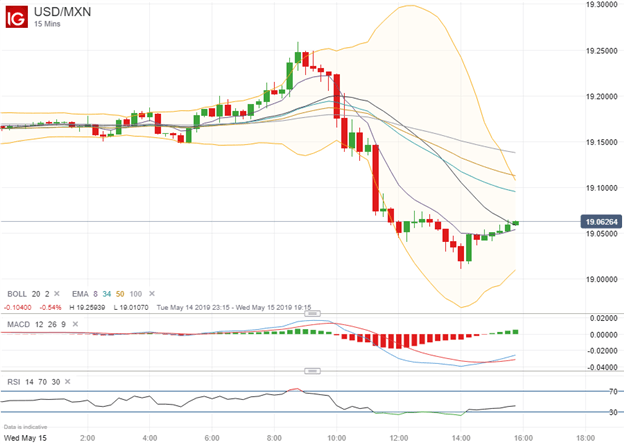 With a seemingly decreasing likelihood that the US and China will reach a trade deal in the near future, the White House could soften its position on negotiations with Canada and Mexico if President Trump feels a sense of urgency to strike a deal with other major trading partners now. Reaching a trade deal has potential to reduce business investment uncertainty and bolster consumer confidence which could help lift Mexico’s GDP out of contraction territory.

Aside from the latest USMCA headlines, economic events like Canadian CPI and US retail sales data released earlier today in addition to Thursday’s looming Banxico rate review are all likely weighing on USDCAD and USDMXN. Nevertheless, future developments surrounding the USMCA trade agreement warrants close monitoring as it will likely serve as a major driver of the direction the loonie and peso move from here in relation to the greenback.