Investors and traders looking at China’s corporate earnings season have a multitude of contradictions to address.

The mainboards of Shanghai and Shenzhen have been among the best performing stock indexes in the world this year, notching up gains of 24% and 33% respectively since January 1. Given the economic slowdown seen in many parts of the world and ongoing worries over global trade, that is no mean feat. Still, Chinese stocks have also just endured their worst week since at least last October, with the Shanghai index shedding about 6%. 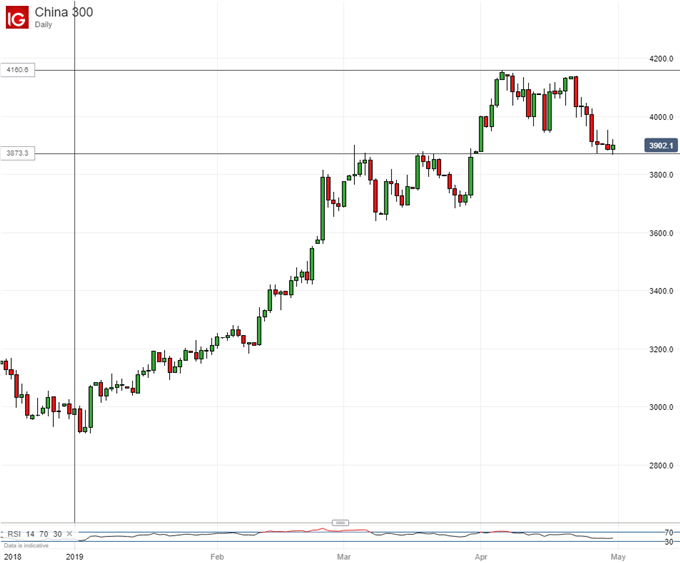 In part this split personality reflects the data. For every bright spot, such as the pleasant surprise spring by official Gross Domestic Product figures last month, there’s a darker cloud like the most recent Purchasing Mangers Index figures. These missed expectations and suggested that this year’s fight back into expansion territory may already be losing steam.

This uneasy balance seems to be visible everywhere you look. China’s industrial profits jumped a very healthy 13.9% in March, according to official figures. However, their first quarter performance was much worse. That turned in a 3.3% fall thanks to a cumulative 14% slide in January and February.

Stimulus Drives Too Much Of The Growth We See

What lies behind this economic schizophrenia is the suspicion, and in some cases the certainty, that what growth there is is largely the product of stimulus from the center. Those industrial profits were quite clearly underwritten by a coincident rise in credit growth in March. Small firms, especially, took full advantage of the Beijing-mandated objective of increased lending.

Sure enough a recent survey by Nikkei, taken with earnings season in mind, found that although profits overall are rising, there’s a clear split between the likes of Sany Heavy, which benefit from government spending largesse, and automakers like Changan which must rely on consumers who just aren’t willing to consume.

This dichotomy will probably mark the coming earnings season, and render even good results less impressive than they might have been. Perhaps perversely, even weak economic data might end up being welcomed as it may suggest that Beijing will keep the stimulus taps on. This reaction will be well-remembered from those who watched Western markets after the financial crisis when central bank action was held to be the only game in town, one which had to be kept going at all costs.

Can a Trade Deal Really Help?

What could of course swing focus back to the real economy and away from stimulus is a far-reaching trade agreement between China and the US. The US negotiating team is back in Beijing this week for yet more discussions and some in the market clearly still expect progress this month.

Whether even a major trade deal can fully put the Chinese economy back on track and enable it to grow without constant interventions from Beijing will remain a very moot point. But hopes of it may well give the economy at least a short-term boost, and, crucially, may allow the indexes to ride out any lackluster earnings shocks.