The price of US crude oil is correcting lower Wednesday after a Reuters report, quoting “sources”, that Gulf members of the Organization of the Petroleum Exporting Countries are ready to increase their production – albeit only if the demand is there. The news agency reported that Saudi Arabian output will rise and that producers such as the Saudis could fill any gap in supplies.

Moreover, data Tuesday from the American Petroleum Institute showed a larger-than-expected rise in US crude stockpiles of 6.9 million barrels in the week to April 19. Official data from the US Department of Energy, due at 1430 GMT Wednesday, will now be watched closely for confirmation.

However, the decline in oil prices has been modest and they will likely resume their climb once the correction is over. 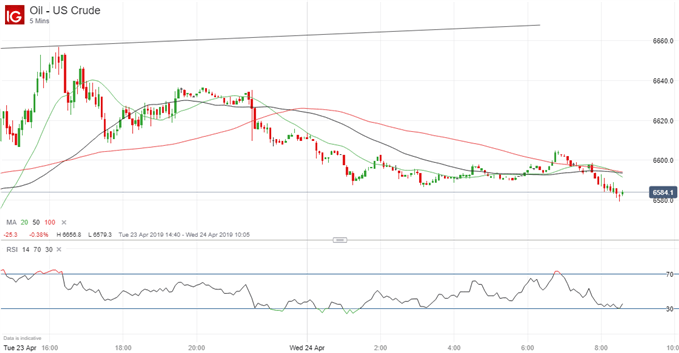 Longer-term, oil prices remain within the upward channel on the charts in place since late December last year and a rise back to the channel resistance line around $66.66/barrel is now a reasonable target. 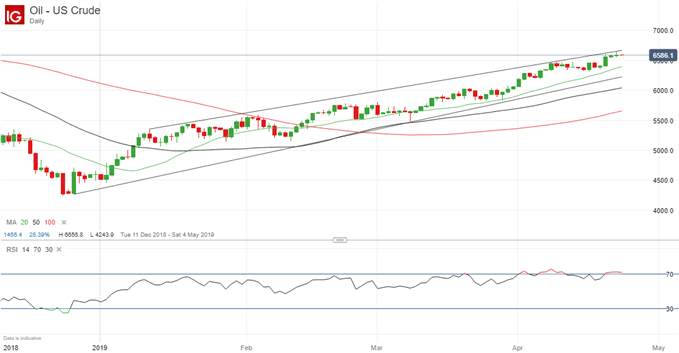 How to trade crude oil