Crude Oil: Despite the increased risk premium for oil prices, stemming from the tensions in Venezuela, alongside the supply risks from falling Iranian oil exports with oil waivers now expired. Yesterday’s bearish DoE report, which saw US crude production jump to a fresh record high, coupled with a sizeable inventory build has dampened sentiment in the energy complex with Brent eying a move to $70, while WTI hovers near Friday’s lows. Alongside this, softer equity prices have also kept oil prices on the backfoot after Fed’s Chair Powell noted that soft inflation is likely due to transitory factors. As such, commodity currencies (NOK, CAD, RUB) have been the notable laggard vs the greenback.

GBPUSD: Today’s so-called super Thursday BoE QIR, was far from with GBP seeing an overall muted impact to the release. The BoE had upgraded their near-term growth and inflation forecasts; however, the bank rate projection had actually been downgraded in the longer term, thus dampening the initial rise in the Pound. Alongside this, while the BoE attempted to sound hawkish, the fact of the matter remains the same. The BoE’s hands are tied until we see clarity over Brexit, thus the recent extension to the end of October, limits the possibility that we will see a rate hike this year.

EURUSD: Yesterday’s less dovish FOMC meeting saw the Euro drop back towards the 1.12 handle, having hit highs of 1.1260. This mornings, Eurozone PMI figures had been somewhat encouraging, from the likes of Spain, France and Greece. However, the initial optimism had been dampened by Germany’s manufacturing PMI report, which yet again disappointed expectations. Eyes now turn towards tomorrow’s EZ CPI report and given the lift in German prices, risks are tilted to the upside. 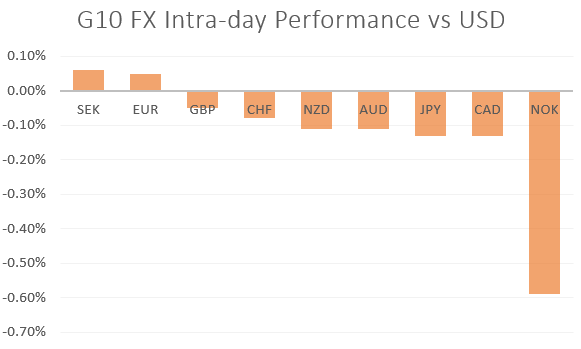 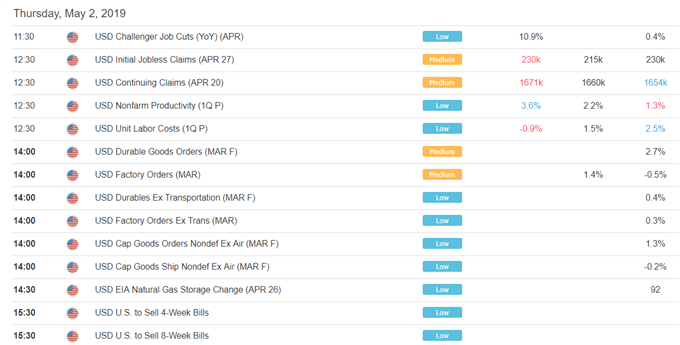