The outlook for both benchmark crude oil contracts has improved after news from the American Petroleum Institute (API) that US crude oil inventories fell by 5.3 million barrels to 474.4 million barrels in the week to May 24 – a much larger drop than the 900,000 reduction predicted by analysts.

If the trade group’s data are confirmed Thursday by official US Energy Information Administration numbers, the price of US crude could hit the important “round number” $60 per barrel level after dropping Wednesday to its lowest since March 11. 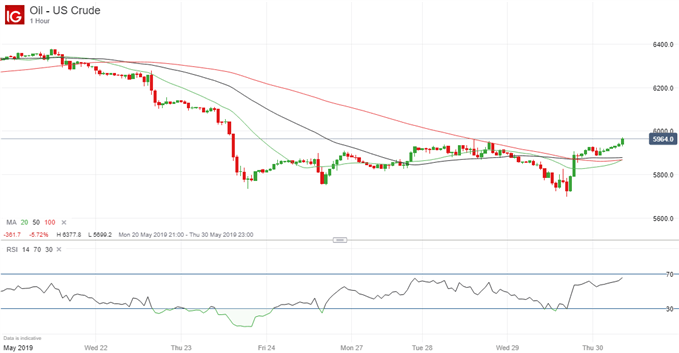 Similarly, the global benchmark, Brent crude, could hit $70 per barrel. 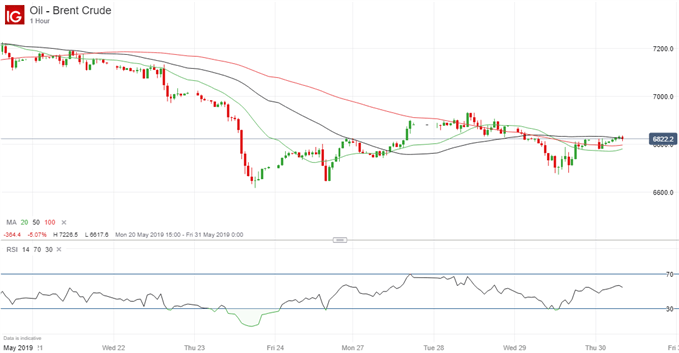 The API data were released as oil prices are benefiting from output cuts by the major producers and falling supplies from Iran. However, a strong advance seems unlikely as the US-China trade war continues to cast doubt on the strength of the global economy and therefore the demand for crude.

Chinese Vice Foreign Minister Zhang Hanhui said Thursday that China opposes the use of “big sticks” like trade sanctions, tariffs and protectionism. “We oppose a trade war but are not afraid of a trade war. This kind of deliberately provoking trade disputes is naked economic terrorism, economic chauvinism, economic bullying,”he said.

WTI vs Brent: Top Five Differences Between US and Brent Crude Oil

While hopes remain that the US and Chinese leaders could meet at a G20 gathering in Japan next month to de-escalate their trade dispute, a more immediate focus is Thursday’s EIA data, currently expected to show a fall of 857,000 barrels. If the drop is greater than that, the US and Brent contracts could yet advance further towards the $60 and $70 levels respectively.