Implied volatilities on 1-week forex options contracts have dipped resulting from tame expectations for price action next week. Yet, currency traders could see a volatility jolt in response to upcoming event risk. The Euro, US Dollar, and British Pound may see price action pick up next week, particularly in consideration of the April ECB meeting, March FOMC minutes and latest Brexit developments posing as catalysts with potential to stir volatility. 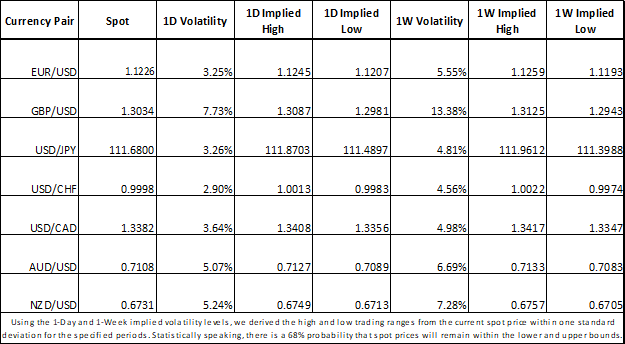 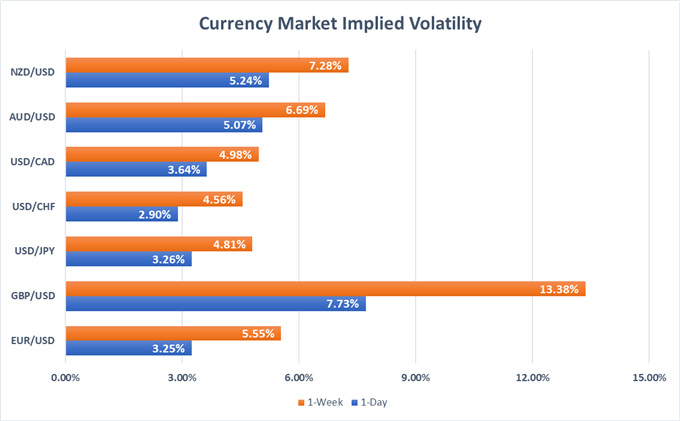 A relatively quiet week for economic events and data releases have likely contributed to the breakdown in 1-week implied volatilities. However, Wednesday’s session appears chalk-full off potential risks that could spark volatility and has potential to bring about much-overdue price action.

The European Central Bank will likely dominate market themes for the Euro on Wednesday with the central bank providing its latest monetary policy update. Last month’s ECB meeting surprised market participants with its announcement to add a third round of TLTROs in addition to altering its interest rate guidance – an increasingly dovish position which sent EUR cratering. Since then, Eurozone economic data has deteriorated further as shown by the latest PMI readings and German factory orders. This could encourage ECB President Mario Draghi to further bolster market sentiment and the European economy with accommodative policy.

Searching for more information on the European economy and political landscape? Visit this article from DailyFX analyst Dimitri Zabelin here! 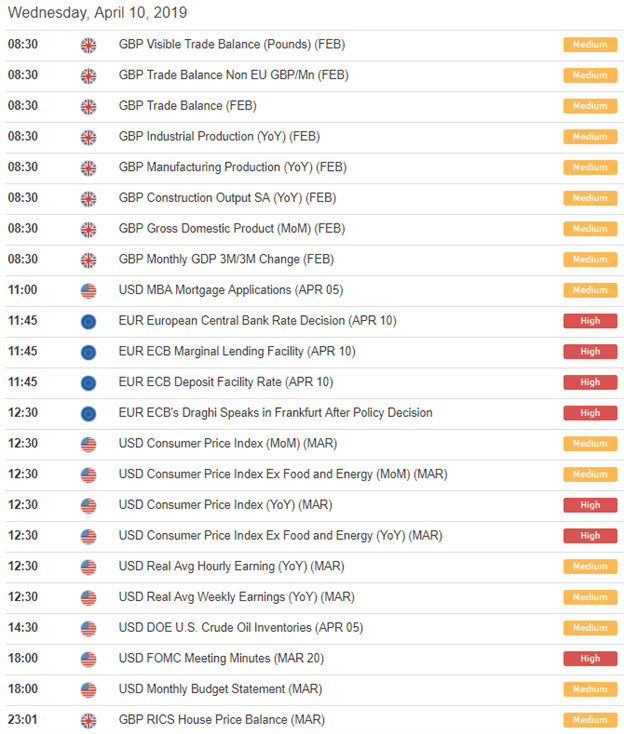 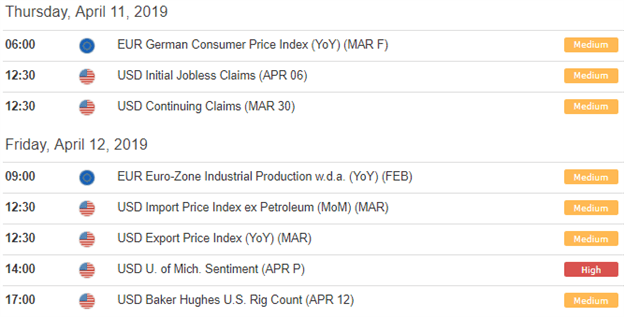 Turning to the US Dollar, forex traders will likely parse the Fed minutes from its FOMC meeting in March with the expectation of uncovering details of the Fed’s latest dovish position. The consumer price index will also likely be eyed for potential signs of inflation. If core PCE overshoots expectations, the prospect of a dovish Fed may be thwarted especially considering the disconnect between the Fed projecting one more rate hike this year while futures on overnight indexed swaps are pricing in a 25 basis point cut at its December 2019 meeting. University of Michigan’s sentiment reading will cap off the week for US data.

While currency markets await the slew of economic data due for release out of the UK, the latest Brexit developments will likely dictate GBP performance. The ongoing impasse in British Parliament has shown little sign of progress towards reaching a Brexit Withdrawal Agreement even as the already-extended Article 50 deadline on April 12 approaches. While MPs have passed legislation opposing a no-deal departure from the EU, they are not legally binding.

Take a look at this Brexit Timeline for a chronological list of the major Brexit developments and respective impact on the British markets.

As such, it remains that the legal default for Brexit is the UK to severing itself from the EU on April 12 without a Withdrawal Agreement. Bank of England Governor Mark Carney recent emphasized this as he stated how the risk of no-deal Brexit remains high and underpriced by markets. However, Theresa May just submitted a letter to the EU requesting another Article 50 extension to delay the Brexit deadline again.