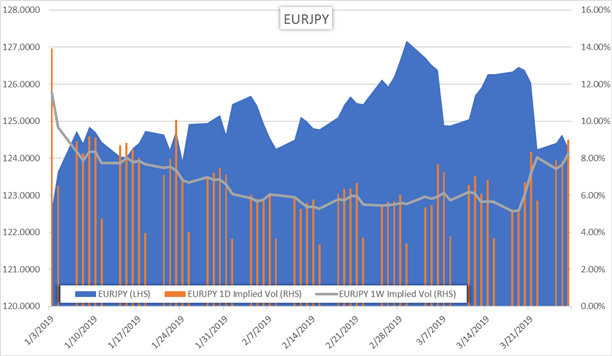 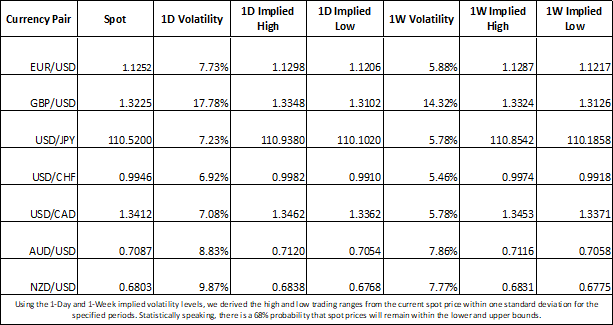 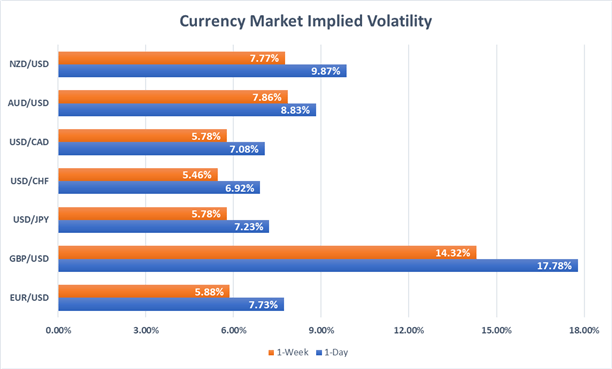 Key events to watch for are the latest Consumer Price Index reading from Germany in addition to employment, industrial production and retail numbers out of Japan. Germany is expected to report a 1.5 percent year-over-year increase in its CPI – a print higher than consensus could put upward pressure on the Euro since higher inflation has potential to erode the ECB’s recent dovish position. Similarly, the Yen could take a dive If Japanese data disappoints and comes in below estimates. 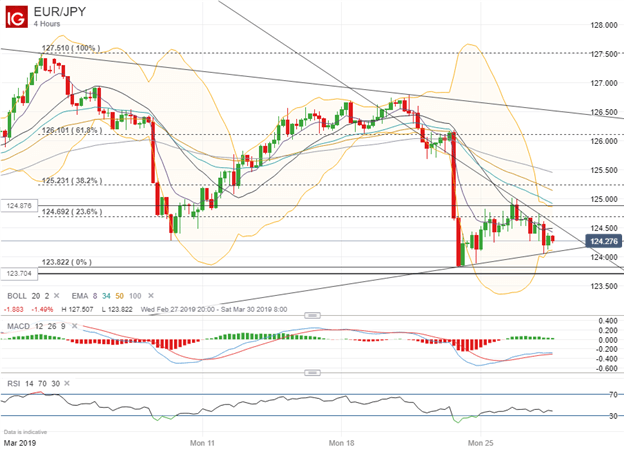 EURJPY currency traders might expect the forex pair to trade between a range of 123.704 and 124.876 which creates a band 1 standard deviation away from spot prices using overnight implied volatility. Recent Eurozone weakness and riskaversion has sent forex traders flocking into the Japanese Yen and has resulted in a short-term downtrend for the EURJPY cross and is worth keeping an eye on for signs of continuation or a potential reversal higher.

The uptrend line formed from the low on March 22 and today has pushed spot EURJPY into a tight coil, however, and leaves the recent consolidation looking prime for a breakout. Drawing a Fibonacci retracement from March’s high and low points puts the 23.6 percent and 0.0 percent Fibs as potential short-term targets. 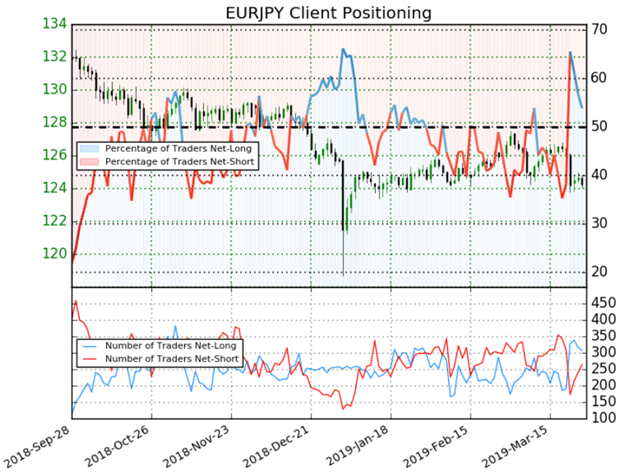 According to EURJPY trader data from IG, 53.8 percent of traders hold net long positions with the ratio of traders long to short at 1.16 to 1. However, the number of traders net-long is 3.4 percent lower than yesterday but remains 51.7 percent higher from last week.