The Dow Jones should enjoy a tailwind from a dovish Federal Reserve, despite Friday’s selloff. That said, the Industrial Average will have to face Thursday’s release of US GDP. With recent forecast cuts, the outlook for first quarter GDP is grim. Still, ETF fund flows suggest some investors are confident the trend from December will continue.

Following GDP, Friday will see the release of PCE core – a key inflation metric. Given the Federal Reserve’s commitment to dovish policy, a single PCE core release is unlikely to spark significant price action. Should the data surprise, it is likely subsequent releases would need to confirm divergence for a more meaningful reaction to occur. 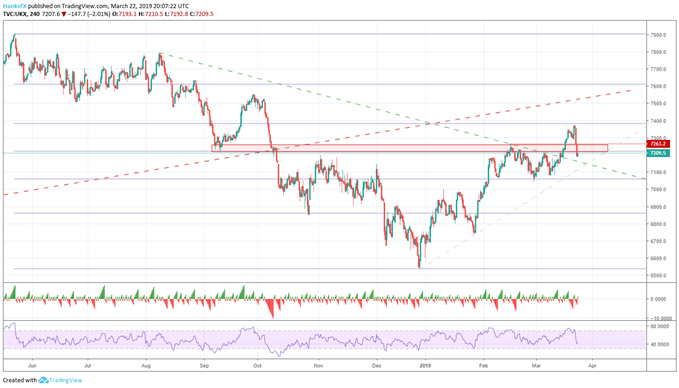 How to day-trade the Dow Jones

Once again, the FTSE 100 will look to Brexit. After the EU agreed to a Brexit extension – contingent upon Parliament’s ability to pass Theresa May’s Brexit deal – the ball is back in the United Kingdom’s court. Last week UK MPs agreed to reject a ‘no-deal’ Brexit under any circumstances. Still, the possibility of divorce without a deal is present.

If Theresa May is unable to gather enough votes to pass her deal, the chances of a hard-exit increase substantially. Such an outcome would be undeniably bearish for the FTSE 100 and GBPUSD as investors have largely expected a deal to take shape. Thus, next week’s Brexit vote will be the event to watch for the FTSE, but ramifications of a breakdown would likely spread to US indices alongside European counterparts. 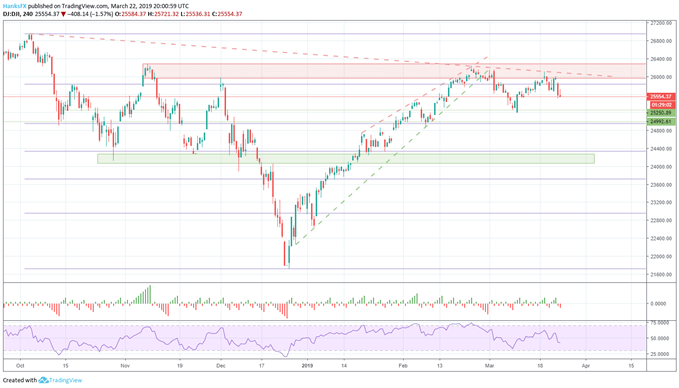 Much like the United States, Germany is due to release inflation data of its own on Thursday followed by Eurozone CPI on Friday. Recent inflation data out of Germany and the European bloc has been wholly unimpressive and was a contributing factor to a new targeted long-term refinancing operation (TLTRO) from the ECB. With the bank’s commitment to this policy path, the inflation data may see reduced influence on price action outside of intraday trading. 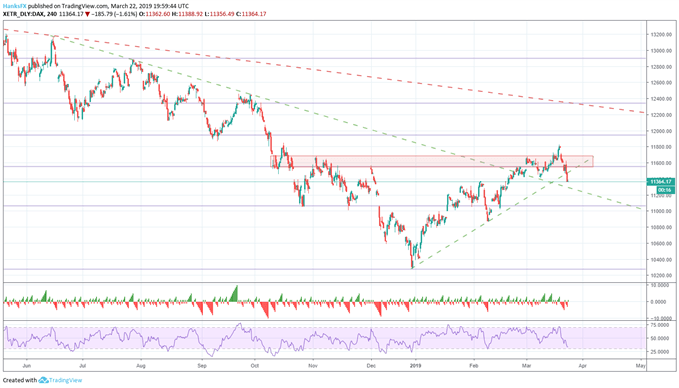 After the whirlwind created by the FOMC meeting last week, next week appears hinged to inflation data, GDP releases and Brexit. As two of the most important central banks – the Fed and ECB – have predetermined policy paths for the near future, the risk from next week’s data appears muted.

Therefore, global equity markets will watch Brexit with keen intent as the EU and UK look to avoid a hard-exit that could rattle investor confidence and equity sentiment alike. The exact date for the vote is not set at the time of this article’s publication but check our economic calendar for an exact time as the information is released.