Looking for a technical perspective on the Equities? Check out the Weekly Equities Technical Forecast.

The Dow Jones will face a laundry list of important economic data in the week ahead. Recent economic data has been rather underwhelming, and another week of disappointment could see the index pressured after a stellar first quarter. Manufacturing and employment data will be released throughout the week all leading up to Friday’s non-farm payroll report. Last month’s data was particularly underwhelming and spurred a minor selloff in the Average. Another lackluster report this Friday could see deeper losses as employment trends lower.

Trade wars will also be a theme to watch in the week ahead. Talks between US and Chinese officials were conducted last week in Beijing and will continue this week in Washington. Recent commentary on progress has been few-and-far between and investors may begin to see fear overtake optimism once again. 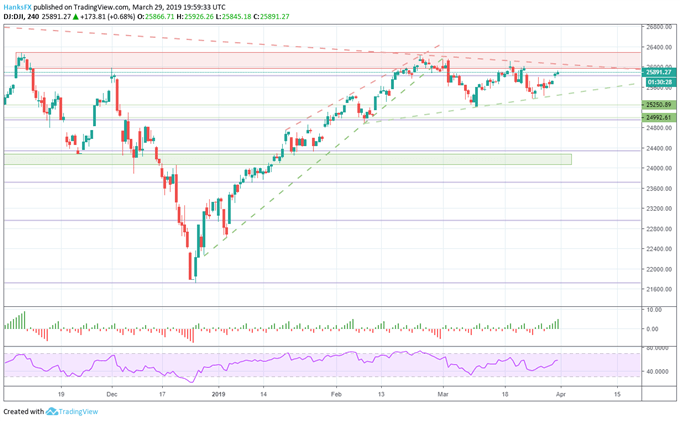 How to day-trade the Dow Jones

After British MPs rejected Theresa May’s Brexit withdrawal agreement for a third time on Friday, the uncertainty for the FTSE 100 will continue. Given the adverse reaction to the news in the British Pound, the FTSE 100 enjoyed a notable close higher as exports became more attractive to other nations. Barring an exit from the EU without a deal, GBP weakness may continue to buoy the FTSE in the week ahead.

A no-deal exit is highly unlikely to occur next week as the EU waits for its April 10summit to convene and the date for a “hard Brexit” is April 12th. With limited economic data due next week, the FTSE 100 will likely take its cues from other European indices while it awaits Brexit developments. 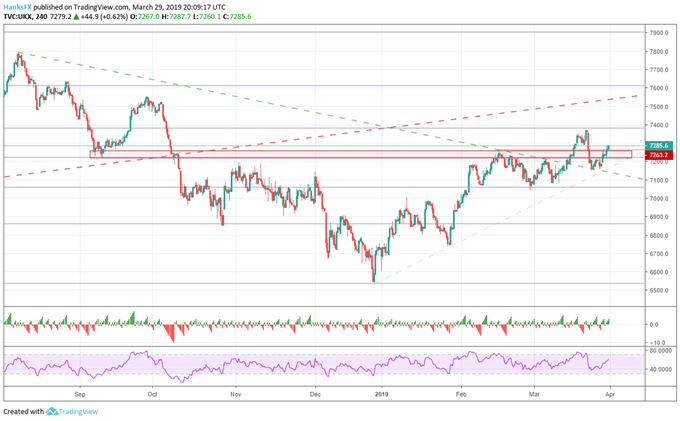 Economic data out of Germany is similarly light. Therefore, the index will look to trade war developments, global growth concerns and regional factors to influence price action. Disappointing data out of the United States could spread concern to the DAX as investors try to ascertain the exact level of growth in the world’s largest economy. Given the severe lack of catalysts for the DAX, check out a technical forecast for the index for deeper insight. 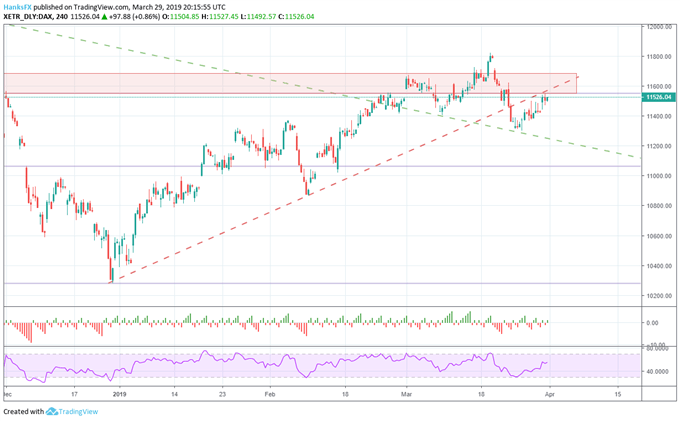 If last week’s Reserve Bank of New Zealand meeting was any indication of monetary policy leanings in the region, the ASX may be primed to climb this week following a rate announcement from the Reserve Bank of Australia. The US-China trade war and slowing global growth have weighed on both New Zealand and Australia and the headwinds have influenced monetary policy in return. A seemingly dovish tone from the RBNZ battered the New Zealand Dollar and bolstered local equities.

With that in mind, a similar policy outlook for the RBA could beget similar price action for the Australian Dollar and the ASX 200. Given the lack of other data out of the country in the week ahead, Tuesday’s RBA decision will likely be the primary catalyst for the index. For further equity insight, follow @PeterHanksFX on Twitter. 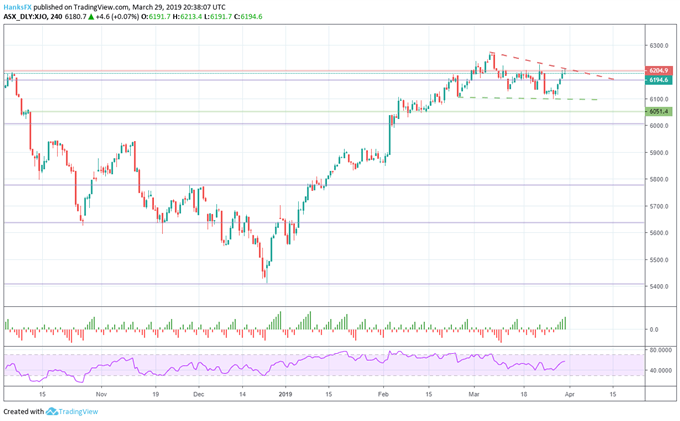 Crude Oil Forecast – Crude Oil May be Overextended, But Watch Out For Trade Headlines