EUR/GBP is on the verge of solidifying dominant downtrend resumption after the ECB. On the weekly chart below, prices are less than 24 hours away – at the time of this writing – from confirming a second close under April 2018 lows. Aside from a descending range going back to late 2017 (pink parallel lines below), there does not appear to be significant support areas until the pair reaches 2016/2017 lows between 0.8300 and 0.8337. For more immediate updates in EUR/GBP, you may follow me on Twitter here @ddubrovskyFX. 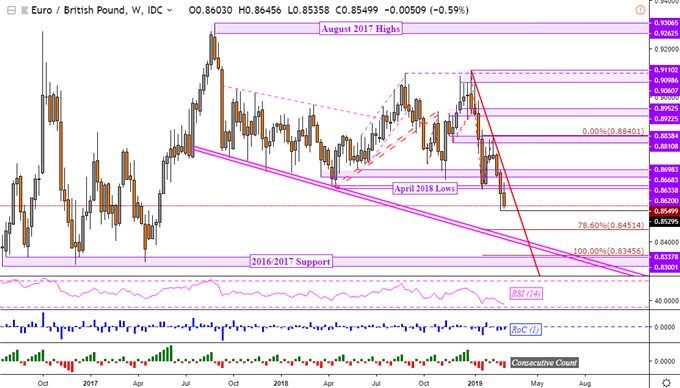 The EUR/GBP daily chart shows that prices retested April 2018 lows after the initial descent through 0.8620 as expected. However, this area turned into new resistance after the pair was unable to recover losses. Since then, a new descending resistance line appears to have formed going back to February 19. Meanwhile, a new area of support seems to be taking shape and it could prove to be challenging to break, pausing or even reversing progress the British Pound made against the Euro. 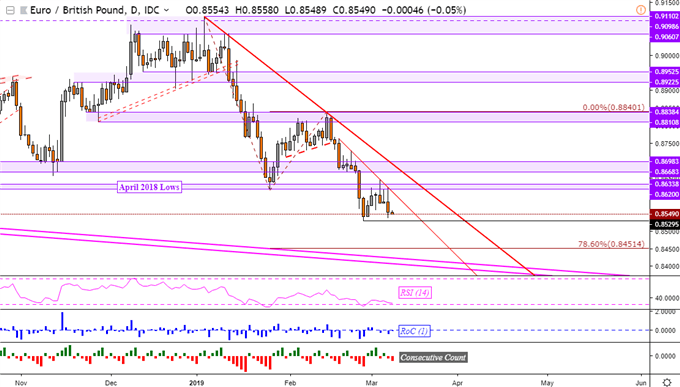 This can be seen with greater clarity on the 4-hour chart below as a range between 0.8528 and 0.8539. Here, you can also get a closer look at the descending trend line from February. Note that positive RSI divergence shows fading downside momentum as support is being tested. This may precede a turn higher to April 2018 lows in the interim. But much more progress is needed to the upside to end the downtrend. Meanwhile, closing under 0.8528 opens the door to reaching 2016/2017 support levels. 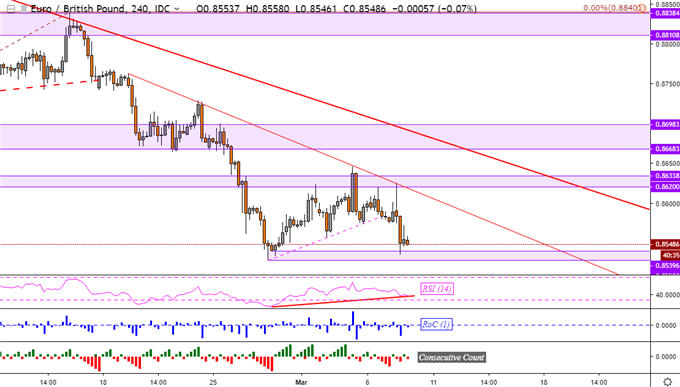