Global markets will look to commentary from the European Central Bank’s President, Mario Draghi, following the group’s policy decision Thursday on both interest rates and policy regarding targeted longer-term refinancing operations (TLTROs). While no change in rates is expected, language regarding the exact pace of future changes will likely influence the outlook for the Euro. Further, a decision to pursue TLTROs could spark greater price action in broader markets including equities than that of mere tone and language regarding hikes. 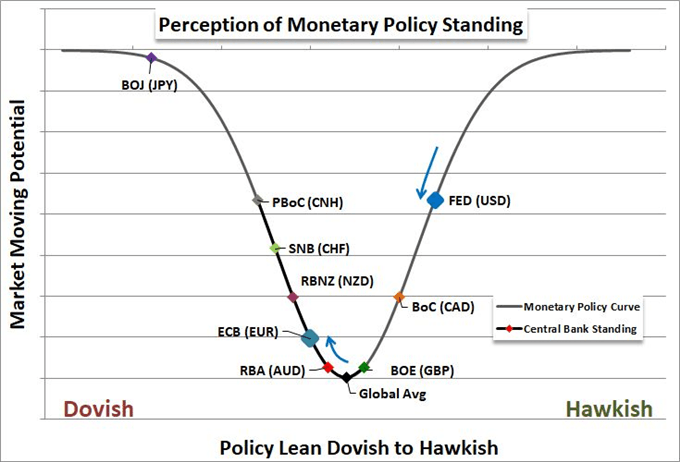 Although the ECB ended its previous round of QE in December 2018, some central bank officials have discussed implementing another infusion as European growth and inflation trend lower. If the bank does announce another round of TLTROs, it would equate to a materially dovish development from the central bank and would likely pressure the Euro as supply of the currency increases. In turn, such a decision could bring about an improvement in global risk appetite as markets weigh the consequences of monetary stimulus in the bloc which is effectively the world’s second largest economy. 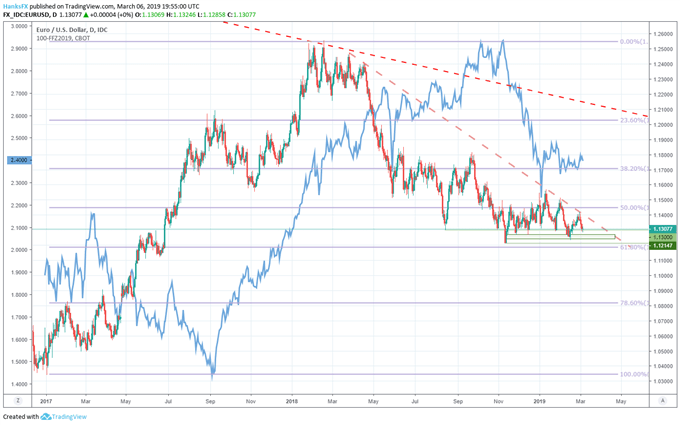 On the other hand, a decision to wait for further TLTROs may pressure global risk appetite and spark a bullish reaction in the Euro. Either way, the eventualities will likely spill over into the US equity session and influence the Dow Jones and other indices.

While a relatively weaker US Dollar may provide a stronger case for US exports and corporate profits, the more immediate concern likely lies with the risk-on or risk-off sentiment following the central bank’s decision. 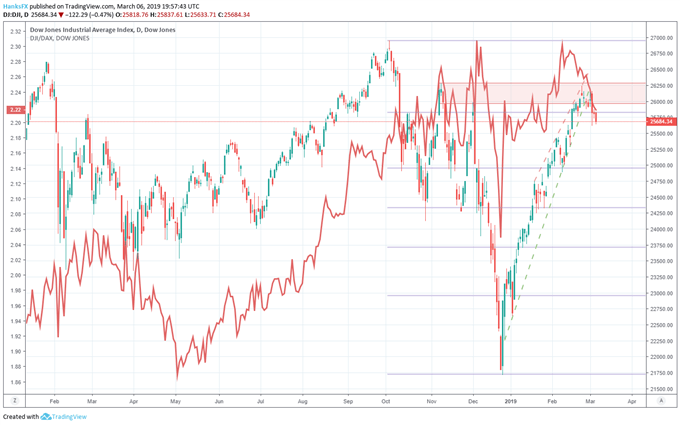 Over the last six months, the DAX has recaptured some ground compared to the US Industrial Average as markets readjust the policy leanings of the respective central banks. Another round of LTRO from the ECB tomorrow could make meaningful inroads to bolster the DAX’s valuation compared to that of the Dow Jones.

At the same time, the Dow will look for a spark to drive through nearby resistance. The resistance has proved impenetrable since October’s equity rout and bullish action across the pond may provide the necessary catalyst for a drive higher.