Build confidence in your own EUR/USD strategy with the help of our free guide!

The Euro depreciated following a significantly more dovish-than-expected ECB rate decision. The European Central Bank, after leaving interest rates unchanged, envisioned keeping it that way through this year. Previously, policymakers were envisioning an increase at some point beyond this summer. The central bank also announced that TLTROs, another stimulus tool, will begin from September 2019.

Despite the news of lower rates for longer, which can bode well for equities, and indeed the Euro Stoxx 50 initially rallied on the news, stocks turned lower in the aftermath. This may have been due to Eurozone 2019 growth estimates being significantly weakened from 1.7% to 1.1% in 2019. Meanwhile, global growth is slowing. China’s GDP is at a decade low and Italy recently entered a technical recession.

EUR/USD declined about 1%, suffering its worst day since the beginning of January. The Euro dropped through multiple support areas, exposing June 2017 lows at 1.1119. Near-term resistance appears to be 1.1217 which was as low as prices got in 2018. With that in mind, EUR/USD seems to be resuming its dominant downtrend from April. 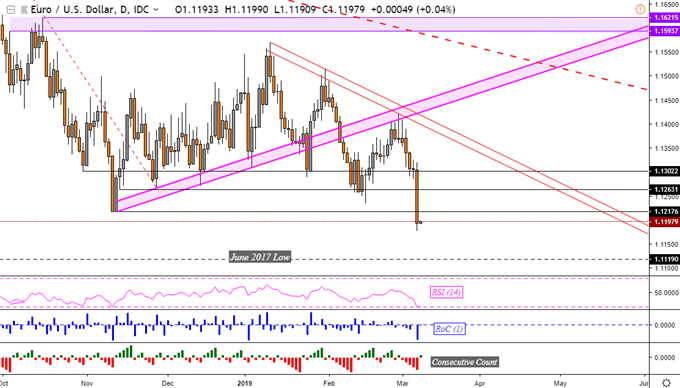 With that in mind, another central bank that turned increasingly pessimistic about the outlook had knock-on effects for trading during the Wall Street session. The S&P 500 declined 0.81%, extending its losing streak to 4 days, which was the longest since the middle of December. The haven-linked US Dollar understandably appreciated as well as the anti-risk Japanese Yen.

S&P 500 futures are pointing cautiously higher, perhaps indicating that there is room for a breather when Asia Pacific stock markets trade. At an unspecified time during the APAC session, China’s February trade report is expected to cross the wires. Markets will continue gauging the global impact of slower growth on the world’s second-largest economy. 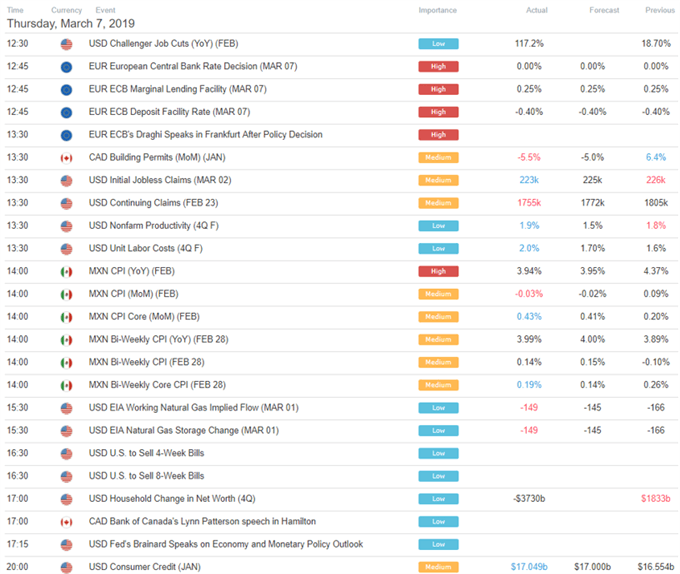 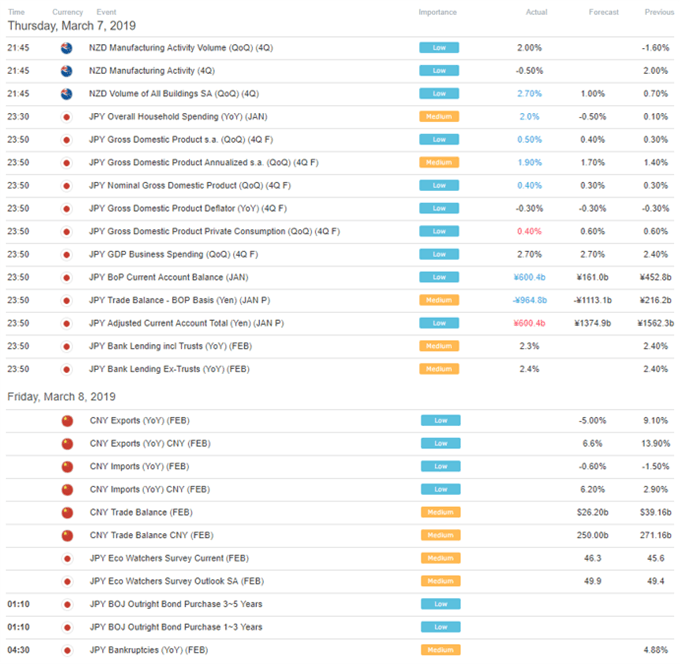