The US Dollar aimed higher against most of its major counterparts on Friday, rising in the aftermath of softer-than-expected manufacturing and consumer sentiment data. This is likely due to its appeal as a safe haven, the S&P 500 initially fell as this data crossed the wires. But sentiment soon recovered as Amazonand Apple Inc. offered a lift to tech shares.

The former announced that it will be opening grocery stores across the United States while Apple’s CEO, Tim Cook, offered a positive outlook for the company. Meanwhile, the Canadian Dollar fell hard on a worse-than-expected GDP report. Growth clocked in at 1.1% y/y in December versus 1.4% expected. Local government bond yields tumbled, signaling fading BoC rate hike bets.

Equities could be in for a rocky start as the new week begins. After markets closed on Friday, US President Donald Trump demanded China to remove all tariffs on US agricultural products. This followed what has arguably been some of the most progress seen in US-China trade negotiations now that the March 1st tariff deadline has been postponed.

With that in mind, the focus on Monday will arguably be on sentiment given a lack of critical economic event risk. If markets interpret Mr. Trump’s demand as potentially stalling the progress made in trade talks, then a selloff could be in store in benchmark indexes such as the Nikkei 225 or ASX 200. This would have consequential knock-on effects for the pro-risk Australian and New Zealand Dollars.

Meanwhile, the anti-risk Japanese Yen could rally. AUD/JPY may fall and overturn a bullish candlestick pattern that has been brewing for the past few months. This also leaves AUD/USD vulnerable as it could fulfill the formation of a bearish head and shoulders candlestick pattern. 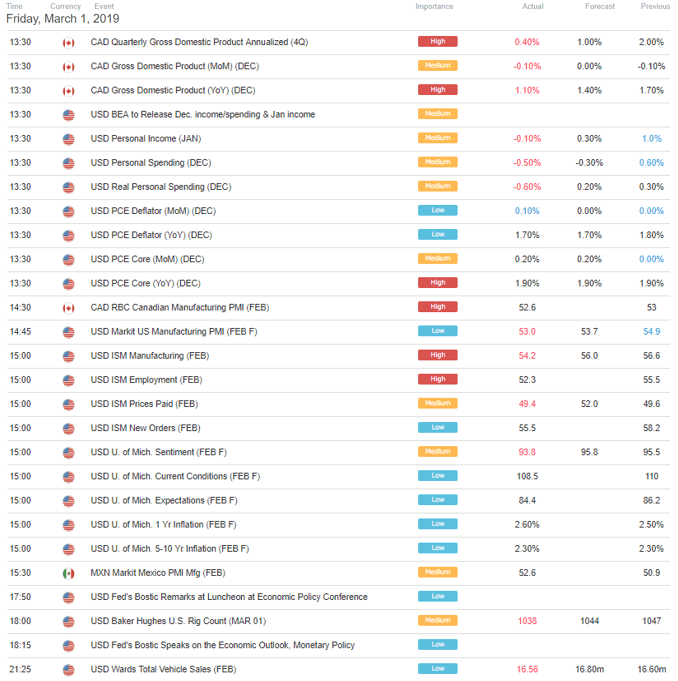 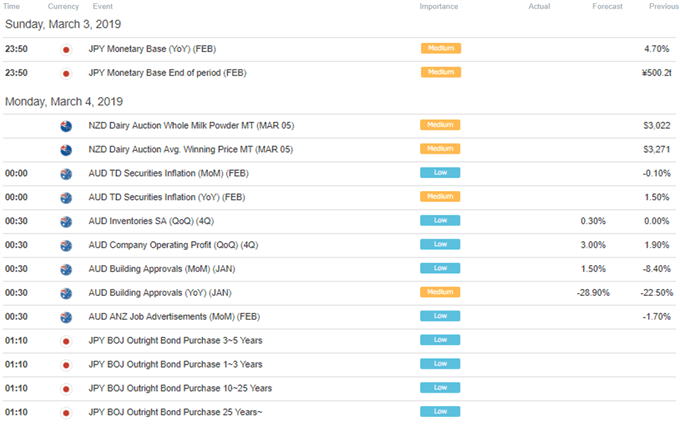