Eurozone debt crisis fears are beginning to resurface as European policymakers eye the Italian economy against the backdrop of slower global growth and regional deceleration in other key economies on the Continent. Italy’s controversial budget proposal that rocked markets last year is also beginning to be another topic of interest for administrators in Brussels.

Deputy Prime Ministers Matteo Salvini and Luigi Di Maio – along with the begrudging support of Finance Minister Giovanni Tria – have repeatedly stated that government’s fiscal plan will boost growth. However, policymakers and investors are not convinced, and the widened spread between Italian and German 10-year bond yields is an illustration of a greater reluctance to lend to Rome over Berlin. 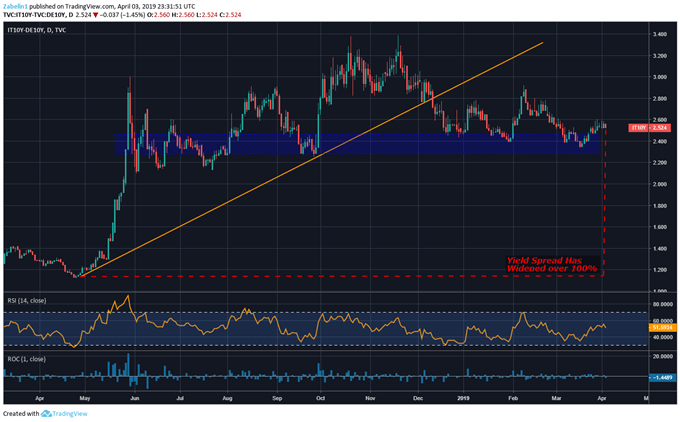 The economy is also still struggling to climb out of the recessionary hole it fell into last year after the country reported two consecutive quarters of contraction. Furthermore, implementation of the budget and overall government functionality may be in jeopardy due to the growing rivalry between Salvini and Di Maio. The former is now widely perceived as the de-facto leader of policy relating to the budget.

This has stoked what appears to be resentment from Five Star Movement party members who recently accused Tria of prioritizing Salvini’s policies in the budget over Di Maio’s. There were even calls for his resignation over his alleged favoritism. Tensions over the coming months are expected to rise as the two parties attempt to garner as many votes as possible in the upcoming European Parliamentary (EP) elections in May.

Keeping a close eye on growth rates out of key Eurozone economies such as Germany and France will be essential, especially since the former has been dubbed the “steam of engine of Europe”. Ironically, the economy is sputtering. This has broader implications because of how reliant most European countries are on growth emanating out of Germany, most notably of which is Italy.

EURUSD will likely continue to suffer if regional growth continues to slow, particularly against the backdrop of growing fears over a potential Eurozone debt crisis based in Italy. EURCHF will likely also decline because of the growing interest in anti-risk assets like the Swiss Franc, which may fare particularly well given the currency’s regional proximity to the European-based event risk. 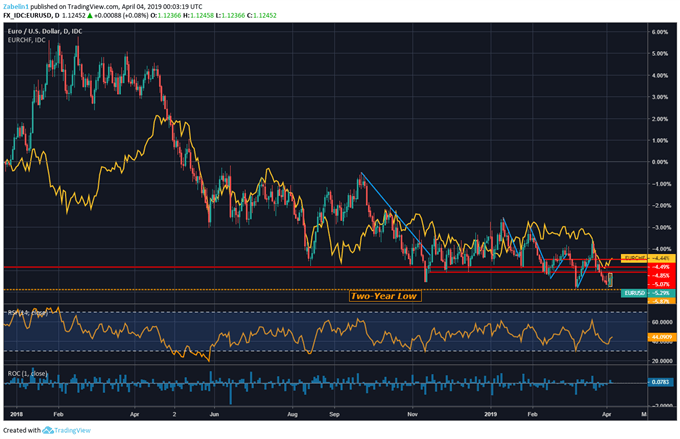