Leading up to the release of Italy’s GDP, EUR/USD may be on its toes as traders anxiously wait to see if the third largest Eurozone economy will report a third consecutive quarter of economic contraction. Composite and services PMI data from Italy and Germany will also be in focus. This comes as preliminary estimates for the latter’s quarter-on-quarter GDP growth came in at 0.0 percent, with the previous showing a contraction. 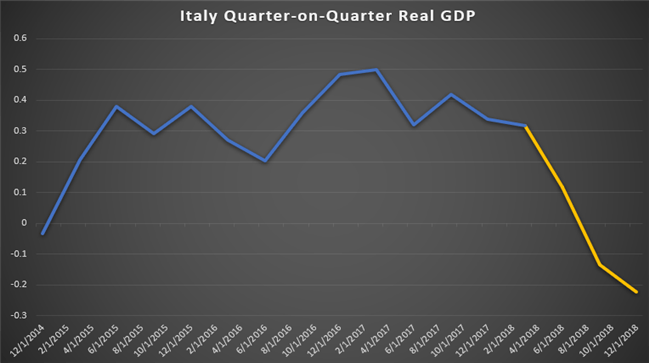 Since April, Italy’s quarter-on-quarter GDP has been sharply declining with the country recently entering a technical recession – defined as two consecutive quarters of contraction. If the economy continues to shrink, policymakers in Brussels may urge Rome to revise its already-watered down controversial budget that rocked markets in 2018. The Euro took a hit from it and entered 2019 in a downtrend and has been moving sluggishly. 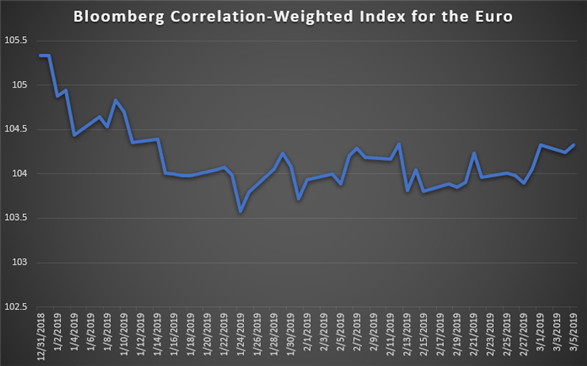 There is also a lingering concern that another US-EU conflict may erupt if President Trump decides to place tariffs on auto imports following the report he received from the Commerce Department. European officials have taken this potential threat seriously and announced they are ready to retaliate with similar measures against Caterpillar Inc, a US industrial giant. This would undoubtably push the already-battered Euro down. 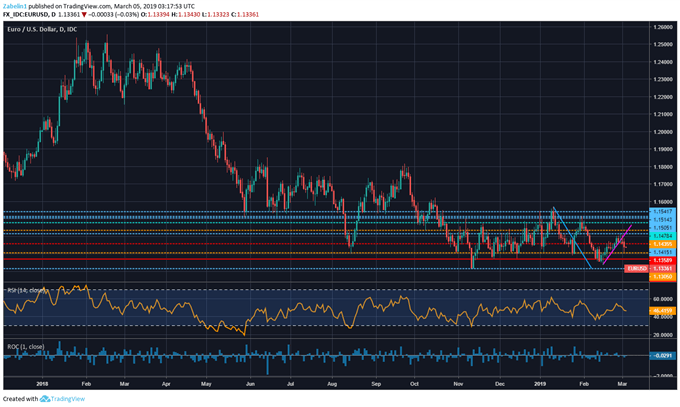 Looking ahead, markets will be closely watching the upcoming ECB rate decision on Thursday. While it is expected the central bank will keep rates on hold, what markets will likely care about are the comments that will follow from ECB President Mario Draghi. If the outlook for inflation and growth are further revised downward – in addition to potentially poor Italian GDP – it may send EUR/USD down toward 1.1269. 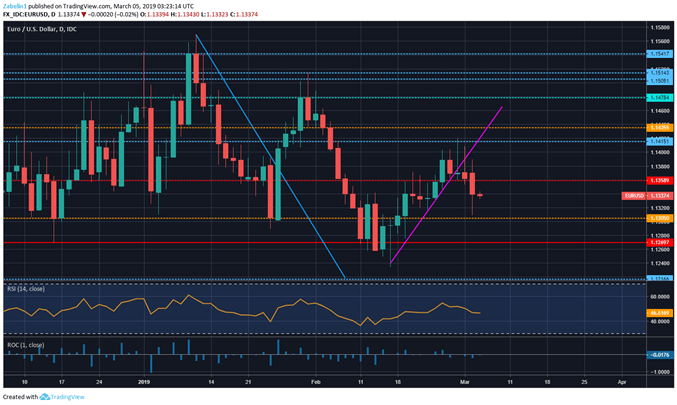 Furthermore, the upcoming European Parliamentary elections will be in held in the Spring. Given the political climate of the EU, they may be particularly market-moving this year, If you are interested in learning more about the effect of political fragmentation on European assets, be sure to sign up for my webinar on trading strategies for Eurozone politics.