The Euro may take a hit tomorrow if French quarter-on-quarter GDP falls short of the 0.3% forecast and could be compounded if Italian confidence indicators undershoot expectations. The latter is also struggling with a technical recessionwith Germany not far behind. France’s economy – when only looking at GDP – has the strongest growth rate relative to the other two. However, to be fair, the economic bar is not exactly high.

The outlook for European growth for months has been declining as the IMF and ECB continued to publish grimmer forecastsas regional political fragmentation threatened the politically-fragile Euro. This in turn has put pressure on the central bank’s intention to raise rates at least once this year. Using a weighted index against the Euro, the decline of the currency relative to its counterparts suggests bullish sentiment is waning. 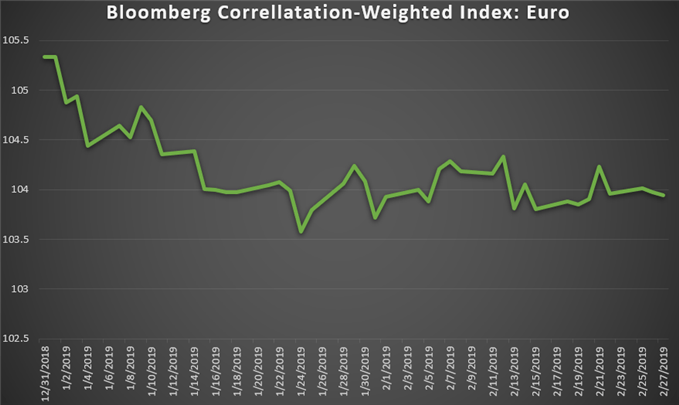 The outcome of Brexit and its potential political and economic impact on the Euro Area remains unclear with the addition of looming threats of a possible EU-US trade conflict. The upcoming European Parliamentary elections are also a source of concern. Several preliminary polls have shown a decline in the popularity of Europhile liberals with the simultaneous rise in Eurosceptic anti-establishment parties.

Looking ahead, PMI data out of Germany, France and Italy is scheduled to be released later in the week and could warrant the attention of Euro traders. EUR/USD may struggle to reach past 1.1415 on good news and could potentially flirt with the support at 1.1359 should economic data tomorrow disappoint. 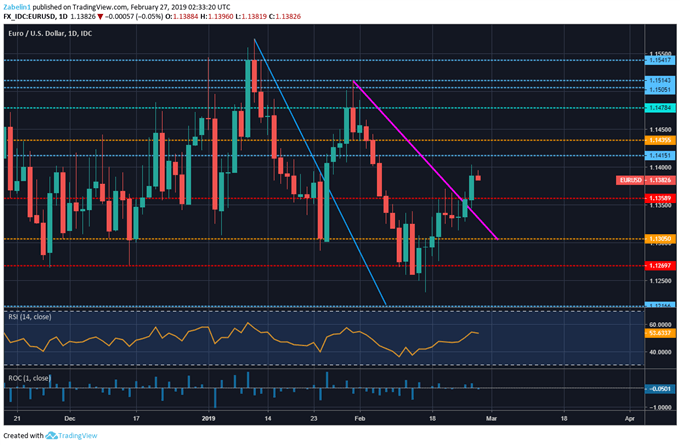