The Euro will likely experience higher-than-usual volatility in the week ahead. The primary catalyst for potentially violent price action may be politically-based factors. These include the European election results and prospective candidates in the new EU parliament for positions in key regional institutions. Trade talks between EU trade ministers in Brussels may also warrant the attention of traders with exposure to the Euro.

The European elections take place between May 23-26 and a final result will likely be published in the late hours on Sunday. Eurosceptic parties are estimated to win up to one-third of all seats in the EU legislative arm. This leaves Europe potentially at the mercy of anti-establishment candidates, who historically have had a penchant of disrupting markets with their agendas. 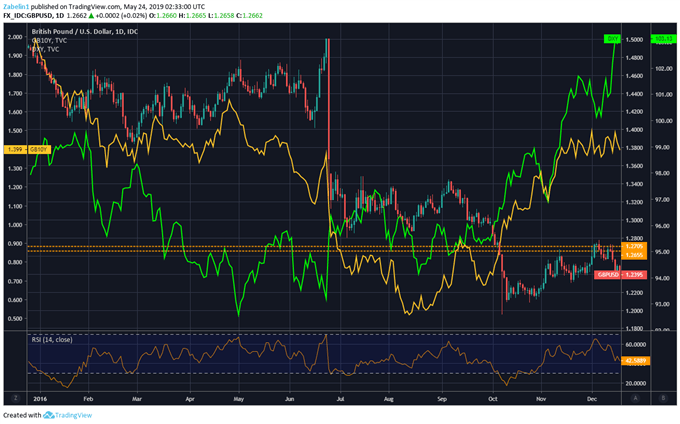 A greater number of Eurosceptic parties in the EU means that there is a higher probability of anti-establishment candidates that will occupy influential positions in key European institutions. On May 28, EU leaders will be discussing potential contenders for the Commission President, European Council and the ECB. Depending on the ideological make-up of the most popular candidates it could undermine confidence in the Euro.

Compounding the risk will be a meeting in Brussels between EU trade ministers who will be discussing the state of trade relations with the US. One of the topics that will be heavily covered will be ways to avoid having Washington impose auto tariffs against Europe. In a region where weakness in economic activity is still persisting, a trade war with the US would only dampen the outlook and hurt the Euro.

Diplomatic relations between Brussels and Washington has grown increasingly sour since the two engaged in a spat last year. Adding to the friction is the divergence in EU-US foreign policy toward Iran which may become a sticking point and a potential condition for reaching a trade deal. However, it is unclear whether the EU would agree to such a change in policy out of a concern that it may set a dangerous precedent for future negotiations.