The Euro and local equity markets may find themselves in the red after news broke that Italy may incur a penalty of up to $4 billion. The European Commission is considering implementing the Excessive Deficit Procedure (EDP) in response to the government’s blatant disregard of European budget laws. The revived dispute between Rome and Brussels may spoil risk appetite in the upcoming trading session.

If these fears materialize, the Euro along with regional equity markets will likely experience capital flight while anti-risk assets like the Swiss Franc, US Dollar and Japanese Yen may gain alongside German Bunds. We saw a similar reaction last year when Rome and Brussels clashed, but EU officials backed off, likely because of the concerns about how a firm stance against Italy could have empowered eurosceptic parties ahead of European Parliament elections.

This came on the same day as EU trade ministers met in Brussels to discuss trade ties with the US after diplomatic relations between the two soured politically and economically. Cross-Atlantic tensions are high with the looming threat of auto tariffs targeted at European car manufacturers remaining a risk. Adding to the friction is the disagreement between policymakers on how to come about agricultural reform.

Trump has continuously expressed his discontent with the EU’s restrictive policy on importing US agricultural products. Local farmers are a key constituency of Trump’s and their support is crucial in ensuring he has a fair shot at reelection. The US-China trade war has eroded their confidence in his ability to improve their economic conditions, and as such, he may be more willing to soften his position in order to add a notch to his belt ahead of the 2020 elections.

Adding to the risk docket will be tomorrow’s discussion between various EU leaders over who will lead key European institutions. These include the European Council, European Commission and the ECB. Market participants will be particularly keen to see who will head the latter because of the implications it has on the Eurozone.

The new appointment will come as regional growth is showing weakness as part of the broader trend of slower global growth. This also comes during a time when the outlook for Brexit has somehow become even more uncertain, leaving the door open to the UK crashing out of the EU when the deadline hits in October. The long-term impact of the recently-concluded European Parliamentary elections has also still yet to be revealed.

Because the Swedish and Norwegian economies are so reliant on healthy European demand, whatever turmoil occurs in the mainland spills into periphery. The export-driven Krona and Krone are therefore at the mercy of European growth and stability. They too have a proverbial dog in this fight. NOK in particular is exposed to shifts in sentiment because of Norway’s heavy reliance on the petroleum sector and crude oil’s sensitivity to changes in risk appetite.

Later today, a slew of key Swedish indicators will be crossing the wires and will warrant the attention of SEK traders. Some of these include the publication of the financial stability report along with consumer and manufacturing confidence. Retail sales will also be released with expectations that these indicators will show broad weakness as the Swedish economy struggles to pick up steam and boost inflationary pressure.

In Norway, the economic docket is comparatively lighter with consumer confidence as the headline data-related risk. Apart from this, most of the attention of NOK traders will be on external event risks with a particularly close eye on internal European political affairs. 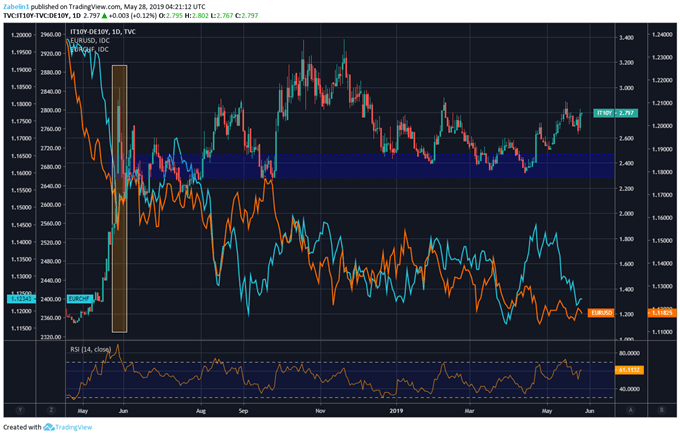