Economic data out of Italy – and more broadly the Eurozone – has been underperforming relative to economists’ expectations even with the ECB’s new liquidity provisions and accommodative monetary policy. Today, Italian leading indicators – e.g. consumer, manufacturing confidence – will be published and could offer insight on consumers’ and producers’ outlook.

If current trends hold, it is unlikely that the data will surprise to the upside. Even if it does, it may not offer any meaningful support for sentiment. Meanwhile, an underperformance may not only confirm the downtrend but may also elicit a comparatively stronger negative reaction. This would not be surprising considering the outlook for European political and economic affairs have been deteriorating for over a year.

Political infighting between Luigi di Maoi and Matteo Salvini have created a political rift in the government that could complicate an already-fragile alliance and controversial budget proposal. The recent cut growth forecasts and wider-than-expected budget deficit have put markets on alert again as a collision course with Brussels now seems almost inevitable.

There is also growing concern about the upcoming European Parliamentary elections that will likely affect markets this year more than before. This in large part has to do with the rise of Euroscepticism and nationalism across the region that threatens the institutional day-to-day working within the EU. In Italy, the competition between Salvini and Di Maoi for seats in the EP may erode the already-precarious relationship. 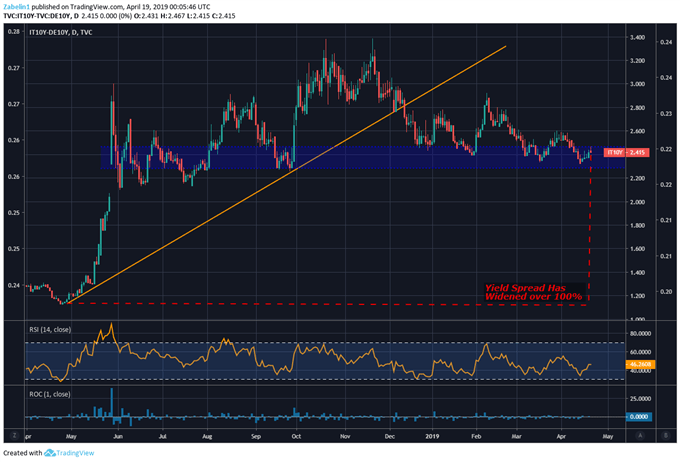