EURUSD and EURCHF edged cautiously higher early into Monday’s trading session as exit polls from the European Parliament elections began to cross the wires. The modest gains may be the result of reports showing center parties performing better than expected. However, it is worth noting that they are not doing well by historical standards. The European Parliament will likely show greater fragmentation this year than ever before.

EURCHF and EURUSD edged higher on cautious optimism, though some weakness is showing 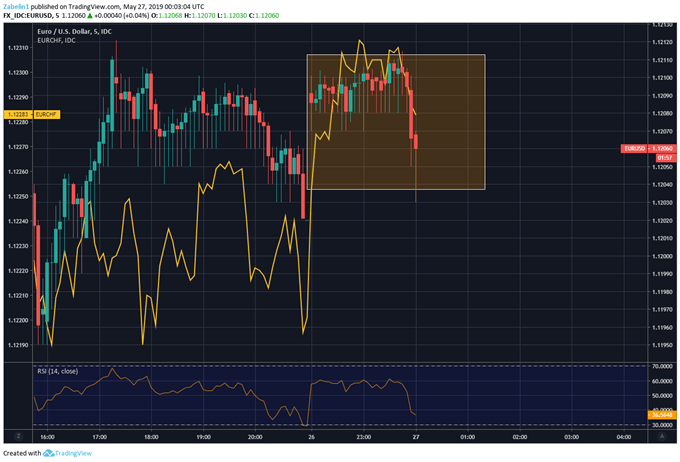 Exit polls have the European People’s Party (EPP) and the Progressive Alliance of Socialists and Democrats (S&D) still occupying the first and second-most seats in parliament, respectively. Collectively, eurosceptic parties have garnered a little under 30 percent of all seats in the legislative branch, though this in no way makes their potential impact and influence any more limited. There is likely much trouble ahead, however, despite this not being reflected in the price movement of the Euro at the moment. 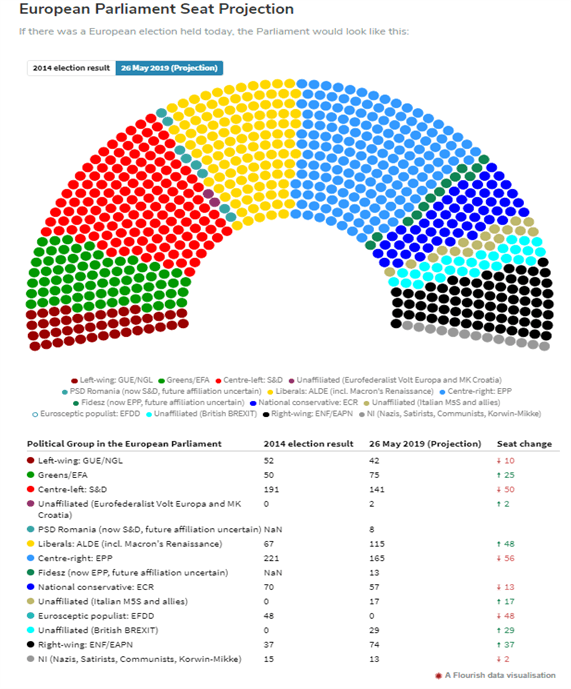 The lack of volatility could be because the risk associated with the European elections have not yet materialized. On May 28, European leaders will begin discussing prospective candidates to lead key EU institutions including the ECB, European Commission and European Council. The ideological fragmentation in the legislative branch and potential gridlock may be revealed during this particular event. This is where a pickup in Euro volatility may be seen.

Looking ahead, monitoring the statements from influential eurosceptic party leaders such as Marine Le Pen and Matteo Salvini will be crucial in gauging the potential level of disruption that may occur in the coming days, weeks and months. European bond markets and the Euro will be more uptight than usual due to the uncertainty associated with an unprecedented level of anti-establishment candidates in this year’s election and what that means for the future of the EU.