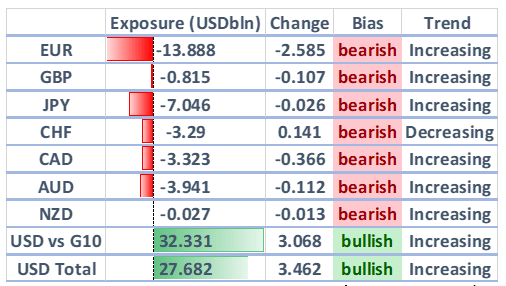 As Euro zone data continues to deteriorate speculators are now the most bearish on the Euro since December 2016, as net-shorts increased by a sizeable $2.5bln to $13.8bln. Consequently, this boosted USD longs to $32.3bln against G10 currencies.

Commodity currencies (CAD, AUD, NZD) saw net-shorts pick up, however, despite the shift in the stance from the RBNZ, speculative positioning in NZD is relatively neutral, which may imply that traders could be somewhat complacent if the RBNZ raise the risk of a near term cut. Reminder, money markets are fully priced in for a 25bps cut by August.

Elsewhere, net positioning in GBP remains slightly bearish, with net shorts marginally rising by $100mln to $815mln. Eyes on this week’s EU summit (Wednesday) where it is likely that a Brexit extension will be announced. 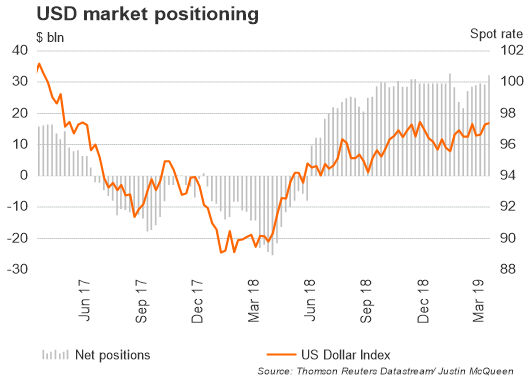 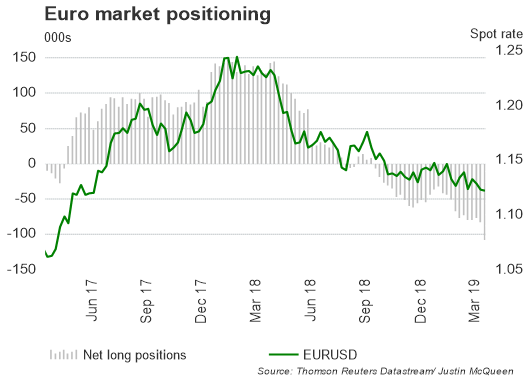 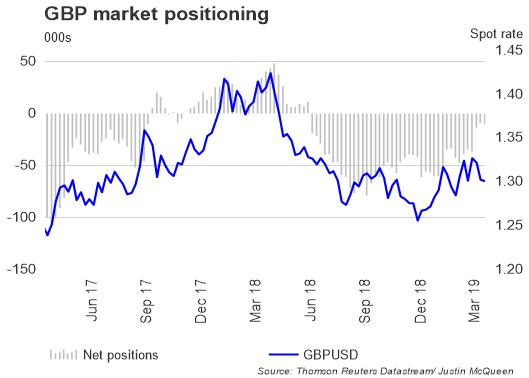 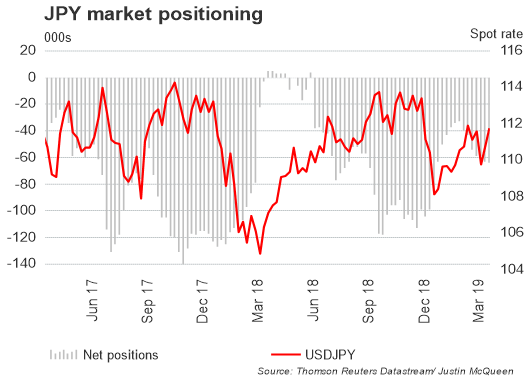 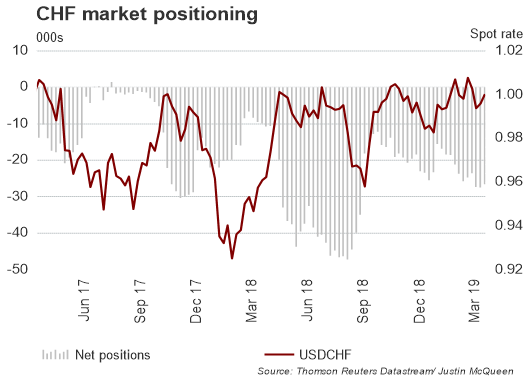 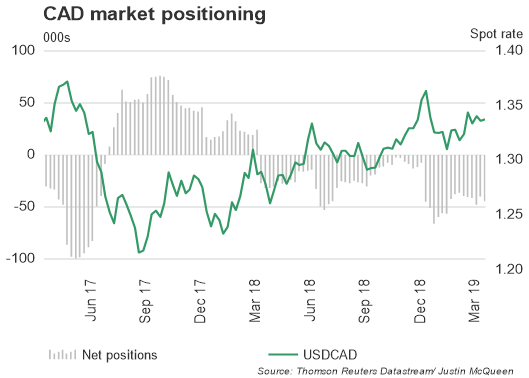 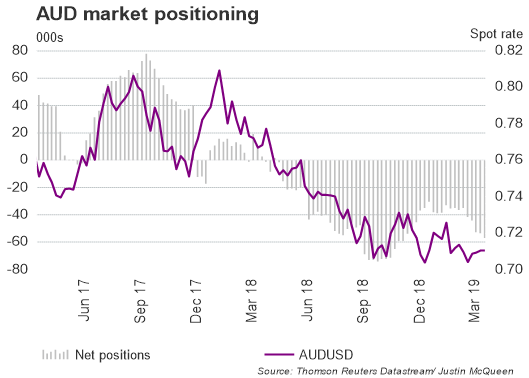 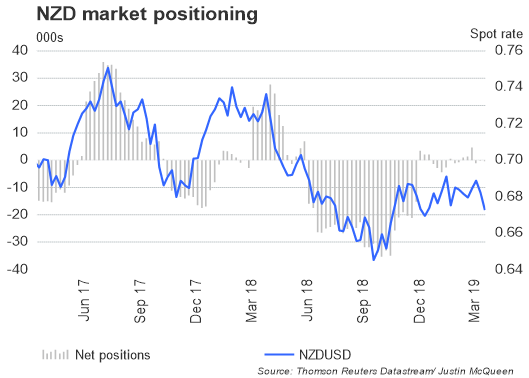