The British Pound was one of the worst-performing majors on Friday, depreciating as Brexit worries increased. Chief EU negotiator Michel Barnier announced a deal to allow the Irish Backstop to just apply to Northern Ireland instead of the entire United Kingdom. But this is not to UK Prime Minister Theresa May’s liking. Her divorce deal heads to Parliament again for one last round of voting this week.

Meanwhile, the US Dollar paused its ascent as it slowly sunk with local front-end government bond yields throughout the session. Losses were amplified following a mixed US jobs report. While the nation unexpectedly added the least amount of positions since 2017, wage growth picked up as the unemployment rate ticked lower.

Initial reaction in the markets was risk aversion, sending the S&P 500 lower. But the US benchmark stock index pared losses towards the end of the session. Due to a gap to the downside, it extended its losing streak to four days. Thanks to weakness in the Greenback and the last-minute recovery in stocks, the pro-risk Australian and New Zealand Dollars outperformed.

Asia Pacific benchmark stock indexes could be in for a dose of optimism following recent losses. For one thing, the Hong Kong Monetary Authority stepped in to defend their peg for the first time since back in August 2018. The HKMA bought about HK$1.5b to defend their currency after markets closed for the weekend. This comes after the recent bout of USD gains (see chart below). In the past, HKMA interventionthat upheld HKD boosted sentiment.

Markets are also eyeing an interview from Fed Chair Jerome Powell as the new week begins. While he may offer little in terms of guidance on monetary policy that isn’t already known, views on economic growth or the global environment have a greater chance of stoking volatility. If the Nikkei 225 does pause its decline and aim higher, the anti-risk Japanese Yen may gain. 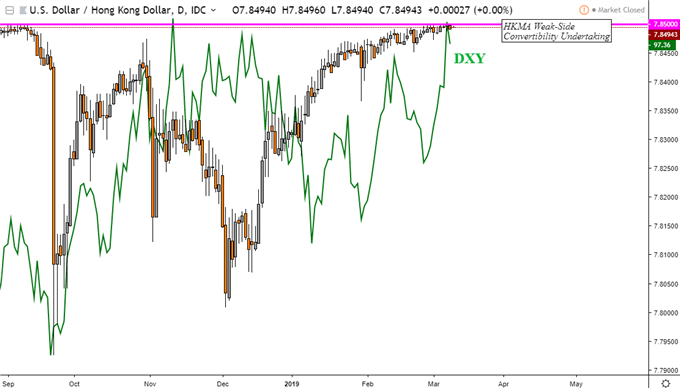 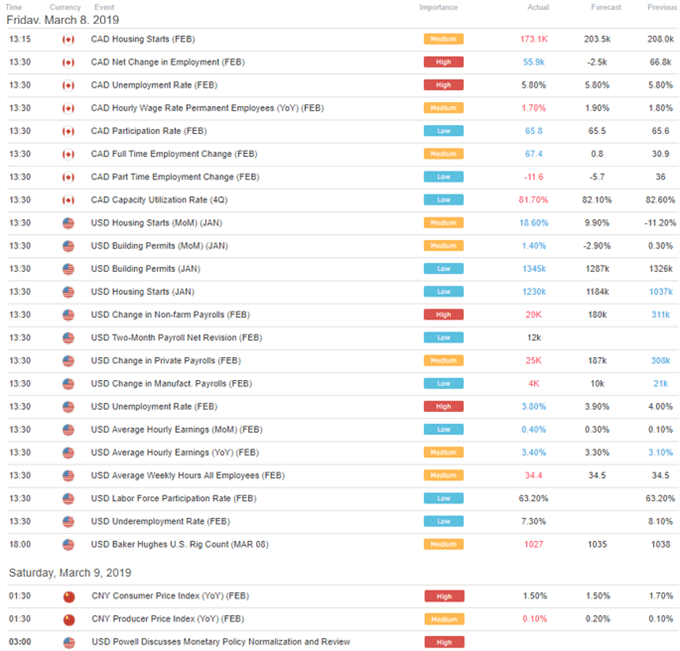 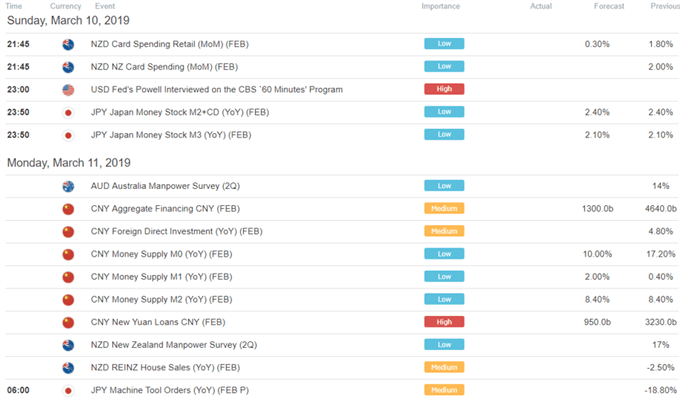