The British Pound rallied against its major counterparts in early Tuesday trade following the latest Brexit news. Theresa May’s Deputy, David Lidington, secured ‘improved’ changes to her Brexit deal ahead of today’s vote on it. Shortly after this update, it was confirmed that Parliament will proceed with the vote on May’s divorce deal, which was previously defeated by a historical margin.

In a week that is expected to see intense Sterling volatility, GBP/USD rallied as much as 0.5% on the update which you can see on the immediate chart below. Mr. Lidington added that that the entire UK Cabinet approved the Brexit deal improvements, adding that the choice later today is either this deal or ‘political crisis’. After the news, GBP/USD pared gains as Tory MP, Steve Baker, said that the changes fall ‘far short’. 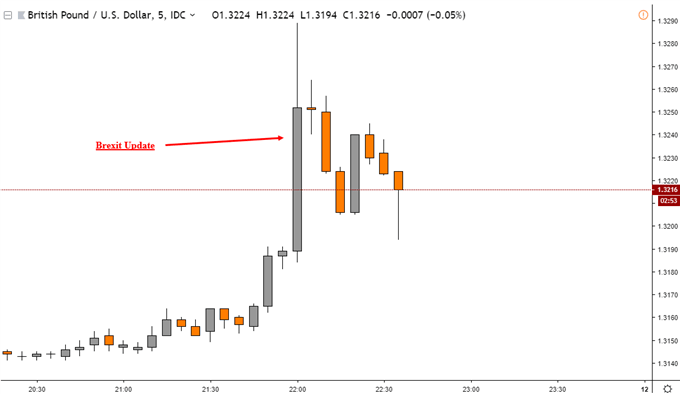 Soon after, EU Commission Chief, Jean-Claude Juncker, began a press conference with the UK Prime Minister. He said that ‘it is this deal, or Brexit may not happen at all’. Mr. Juncker added that the United Kingdom must leave by May 23 or hold elections. He also urged the remaining 27 EU nations to endorse the new documents on Brexit.

With that in mind, all eyes now turn to the remaining 24 hours as the world awaits the vote on Theresa May’s updated Brexit deal. In the press conference with Juncker, she said that she stands by what the Brexit deal achieves. As for the important Irish backstop provision, she said that it cannot become a permanent arrangement.

GBP/USD has generally been rallying in the lead-up to this vote on hopes that Brexit could get delayed. With the EU now solidifying its stance, a rejection of the updated deal could bring about more uncertainty, boding ill for Sterling. Especially after Mr. Juncker noted that ‘there will be no new negotiations’ on Brexit.

A clear technical break in GBP/USD is still absent, not surprising given the important Brexit votes in Parliament that are still due this week. Most notably, near-term resistance at 1.3258 and 1.3299 held. Clearing the latter opens the door to resuming the dominant uptrend from December. Meanwhile, support seems to be at 1.3175 followed by 1.2928. 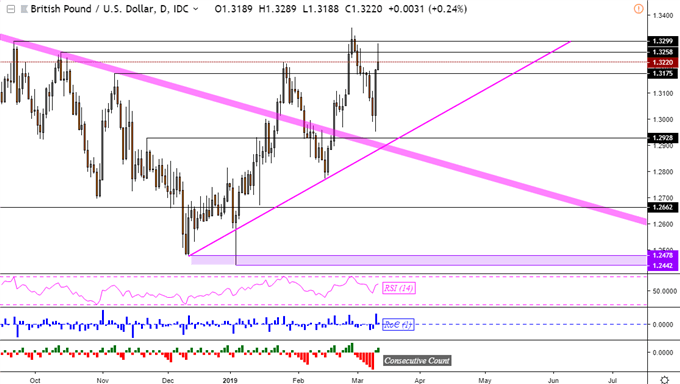 Despite fading downside momentum, EUR/GBP is eyeing its lowest close since May 2017. If confirmed, we may aim for lows achieved back in 2016/2017 around 0.8337. However, if prices recover by the end of the day to finish little change, there is the risk of a hammer forming at the bottom. With confirmation, this indecision can precede a turn higher which leaves resistance at 0.862. 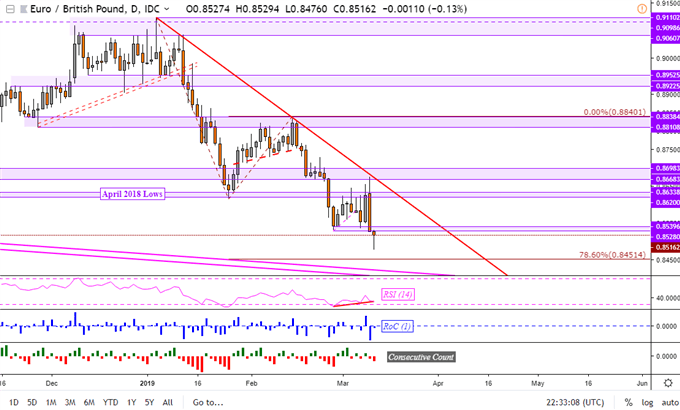