GBPUSD whipsawed on Tuesday in a volatile session with the cable ranging between an intraday high and low of 1.2814 and 1.2685 – a range of 129 pips. British Pound price action quickly followed the latest Brexit developments out of the UK as Prime Minister Theresa May announced that the government will offer up a second referendum hoping to avoid a no-deal departure from the EU. 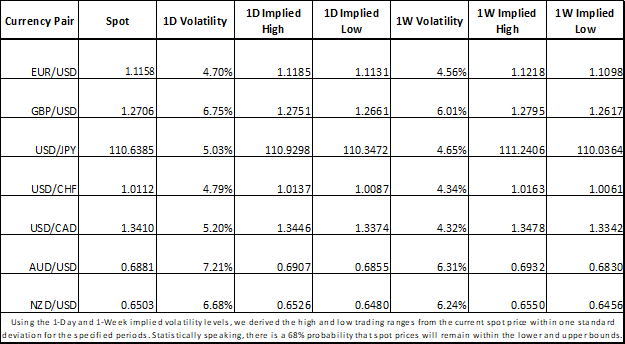 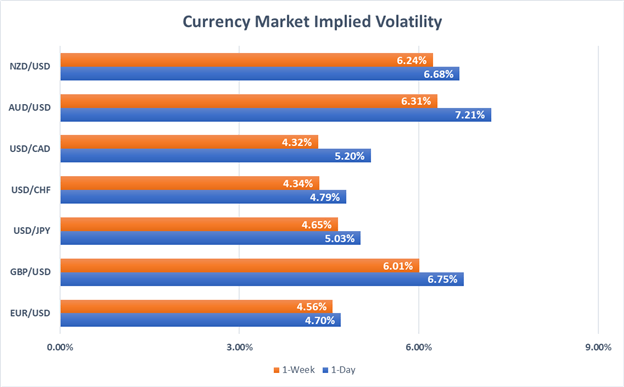 Spot GBPUSD initially soared on the news, but the sterling subsequently swooned as corralling enough support from British MPs – and avoiding a no-deal Brexit – remains an uphill battle. 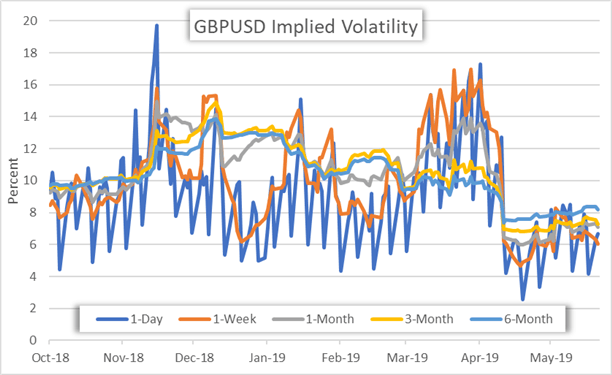 Aside from Brexit, upcoming EU Parliamentary elections which the UK will partake in could stoke additional GBPUSD volatility as well. Moreover, the cable has potential to swing during Wednesday’s trading session in response to UK inflation data due for release at 8:30 GMT. A red-hot reading on the CPI may prop up the British Pound as it is likely to support hawkish BOE bets.

However, BOE Governor Mark Carney has shied away from economic data readings, deferring to a ‘wait-and-see’ approach due to the vast outstanding Brexit uncertainty. OIS futures are currently pricing an 18.9 percent probability that the BOE raises rates by its November 7 meeting – the central bank’s first gathering following the October 31 Brexit deadline. 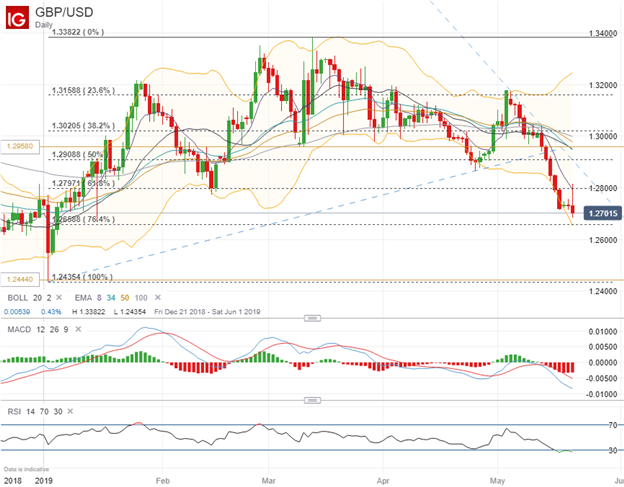 According to GBPUSD 1-month implied volatility – which is expected to encompass the upcoming EU Parliamentary election results and the fourth Withdrawal Agreement vote anticipated to take place in early June – the cable is estimated to trade between 1.2440 and 1.2958 with a 68 percent statistical probability over the next 30 days.