GBP: Another day, another vote in the House of Commons with this time a vote on whether Brexit will be delayed. While both Theresa May’s deal and no-deal Brexit had been rejected, it is likely that today’s vote will be in favour of an Article 50 extension. The initial gains in the Pound on the back of yesterday’s have been pared throughout the European session, however, with the risk of a no-deal Brexit reduced, GBPUSD will likely continue to receive support with any dips below 1.30. Brexit headlines continue to dictate sentiment.

AUD: Both the Australian and New Zealand Dollar are on the backfoot after another round of soft Chinese data, in which industrial production growth fell to a 17year low. The Antipodeans were delivered a further blow after source reports noted that a summit between Trump and Xi was unlikely, until at least April. As a reminder, USTR Lighthizer has recently noted that key issues continue to remain a stumbling block for a deal. Eyes on Monday’s low at 0.7030 before the psychological 0.7000 handle.

USD: The US Dollar recovers from its recent losing streak, gaining 0.3% as the Brexit inspired rally in the Pound fades, while negative sentiment stemming from the latest trade war update has sparked a bid in the greenback.

Crude Oil: Brent crude oil had edged towards fresh 2019 highs throughout the European morning with prices above $68/bbl. Yesterday’s DoE crude oil report showed a larger drawdown (3.8mln) than the API figures had signalled, while crude production in the US dropped by 100k barrels. Elsewhere, among the main supportive factors over the past 24hours had been on reports that the US are seeking to reduce Iranian oil exports to below 1mbdp from the current 1.25mbpd.

CHART OF THE DAY: MIND THE GAP 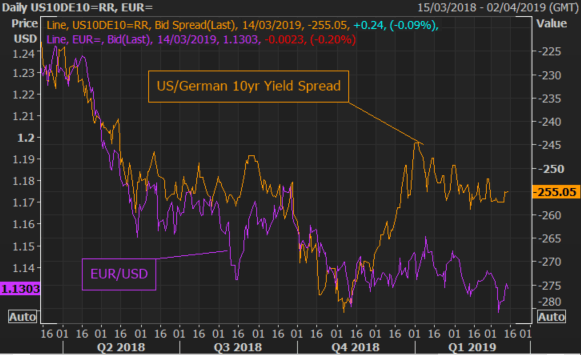 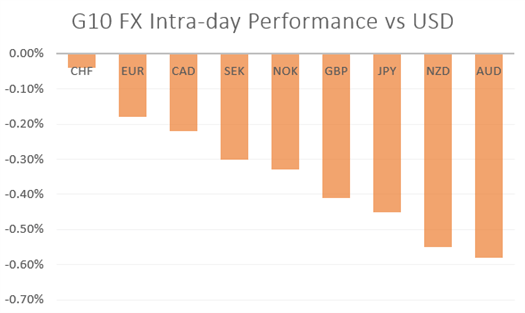