Politics can be a cruel place and Theresa May’s time as UK Prime Minister is said to be up, if the constant barrage of tweets, reports and rumors are to be believed. It is being said that senior ministers are gathering to ouster the Prime Minister, while the 1922 Conservative Committee meet later today when the daggers may appear.

Some of the Current Tweets

GBPUSD is believing the current round of rumors – for now – and has fallen to its lowest level since January 2 this year. 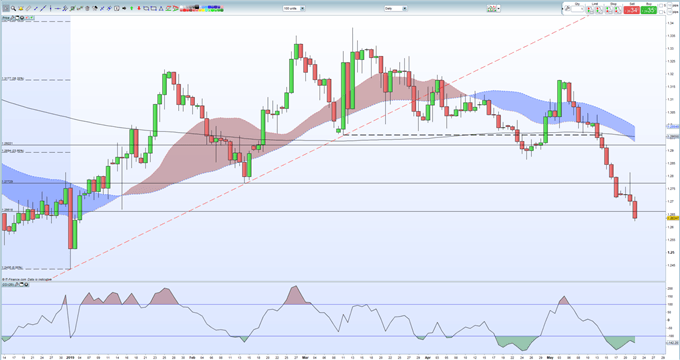