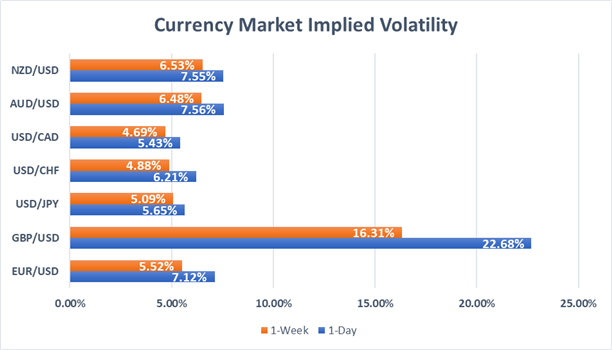 The Pound Sterling whipsawed in response to conflicting news released by Brexit reporters on last-minute concessions made by European Council’s Donald Tusk in hopes of helping Prime Minister Theresa May push her withdrawal agreement across the finish line. 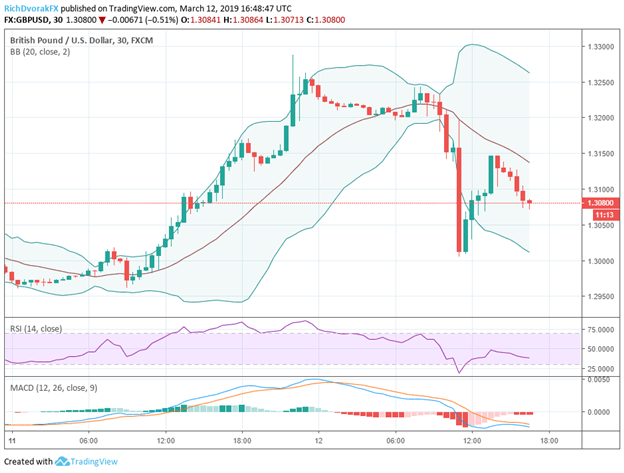 Trading ranges derived from overnight implied volatility suggests that GBPUSD could climb as high as 1.3287 or fall as low as 1.2975. The cable’s direction from here is highly dependent on the upcoming meaningful vote slated for 19:00 GMT. GBP bulls will likely cheer if the PM’s deal garners enough support while defeat could create additional uncertainty over the Brexit Timeline and send the currency swooning lower.