GBP: After yet another large defeat for Theresa May’s deal, GBPUSD is notably firmer this morning. With tonight’s No-Deal Brexit vote likely to be rejected, and an extension to Article 50 likely to be favoured in tomorrow’s vote. However, while an extension to Article 50 may provide a lift to the Pound, gains are likely to be muted given that clarity of Brexit will continue to persist with a range of possibilities existing (General election, Second referendum, PM resignation etc). While GBP implied volatility has dropped ahead of tonight’s vote, headline risk remains with overnight vols implying a move of 106pips.

AUD: Domestic challenges within Australia have once again dented the Aussie as consumer sentiment dropped 4.8%, marking the lowest level since September 2015. Alongside this, Australian 10yr bond yields are now yielding less than 2%, consequently, upside in the Aussie is limited. However, the most important data for the near-term direction for the AUD will be released next, which comes in the form of the Aussie labour report, with close attention on the unemployment rate. The labour market remains one of the bright sparks in the economy, although a sizeable uptick in the unemployment rate could lead to fresh dovish signals from the RBA.

EUR: The Euro has been held within a tight 30pip range with 1.1300 capping for now. Reminder, $2.1bln worth of vanilla options are situated at 1.1300-1.1310. As such, while EURUSD has made an encouraging recovery from sub 1.1200 to 1.1300 since the ECB’s monetary policy decision, bund yields have failed to edge higher to confirm this bounce. 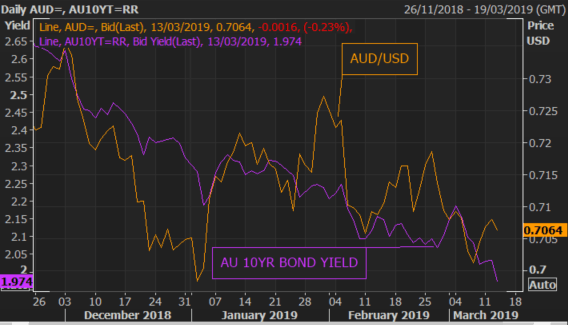 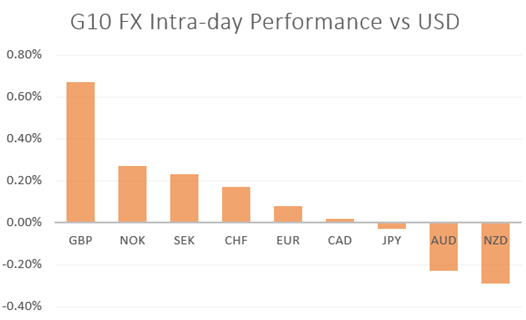