The British Pound struggles to retain the rebound from earlier this week even though the U.K. Parliament votes 420 to 110 to delay Brexit, and GBP/USD may exhibit a more bearish behavior going into the European Union (EU) Summit as the exchange rate continues to threaten the upward trend from late last year. 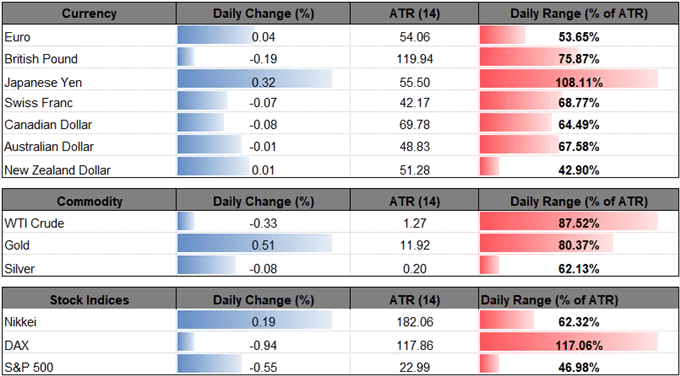 GBPUSD Struggles Ahead of EU Summit Despite Vote for Brexit Extension

The deadlock in Parliament may keep GBP/USD under pressure as negotiations are set to resume after the Brexit summit, and the push for a June 30 deadline may do little to heighten the appeal of the British Pound as members of Parliament show little to no interest for a second referendum.

It seems as though the EU will grant the Article 50 extension as European Council President Donald Tusk proposes delaying Brexit by another year with an option of an early exit, but it seems as though even European officials are unconvinced the stalemate will be resolved any time soon as Mr. Tusk warns that ‘the deep divisions within the House of Commons, give us little reason to believe that the ratification process can be completed by the end of June.’ With that said, data prints coming out of the U.K. may do little to influence the near-term outlook for GBP/USD, but the recent pickup in British Pound volatility continues to shake up market participation amid the ongoing shift in retail interest. 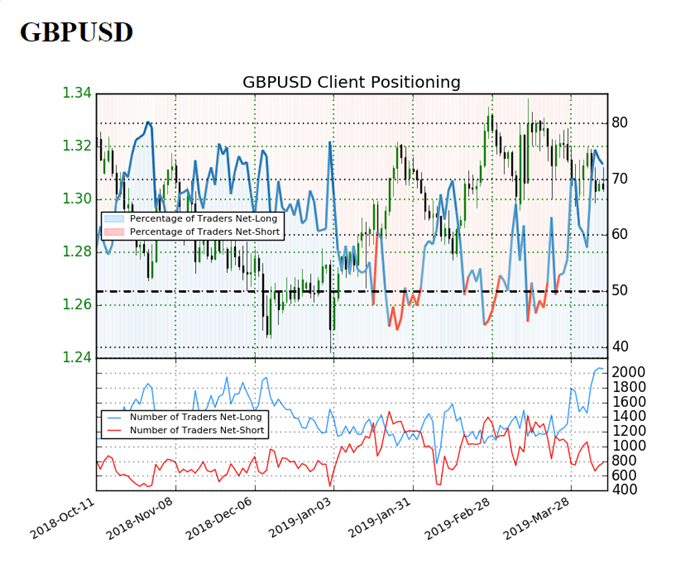 The IG Client Sentiment Report shows 72.7% of traders are still net-long GBP/USD compared to 71.2% at the start of the week, with the ratio of traders long to short at 2.66 to 1. Keep in mind, traders have been net-long since March 26 when GBP/USD traded near 1.3200 handle even though price has moved 1.3% lower since then.

The number of traders net-long is 1.8% lower than yesterday and 15.7% higher from last week, while the number of traders net-short is 8.3% lower than yesterday and 13.4% lower from last week. The drop in net-short position points to profit-taking behavior ahead of the EU Summit as GBP/USD struggles to retain the advance from earlier this week, but the extreme reading in net-long interest indicates that the retail crowd is still positioning for near-term rebound in the British Pound as the exchange rate continues to track the range-bound price action carried over from late-February.

However, a further shift in retail interest may foreshadow a broader change in GBP/USD behavior, with recent developments raising the risk for a further decline as the exchange rate continues to threaten the upward trend carried over from late last year. At the same time, recent developments in the Relative Strength Index (RSI) suggest the bearish momentum is gathering pace is the oscillator continues to track the downward trend carried over from the previous month. 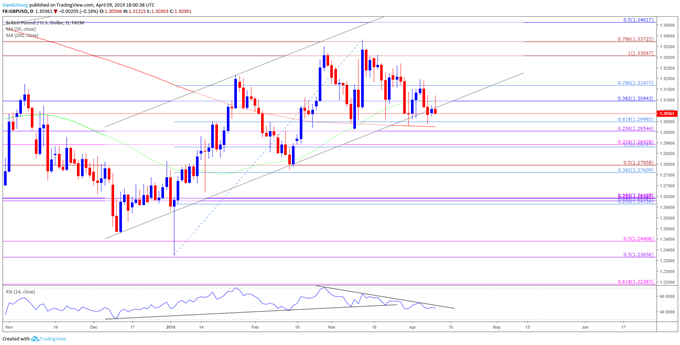