Gold struggles to retain the advance from earlier this week as Federal Reserve officials continue to endorse a wait-and-see approach for monetary policy, and the failed attempt to test the April-high ($1311) may bring the downside targets back on the radar as the broader outlook remains mired by a head-and-shoulders formation. 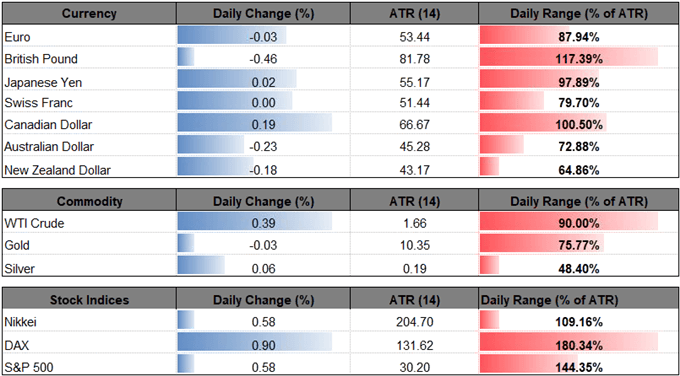 It remains to be seen if the Fed will respond to the ongoing shift in U.S. trade policy as President Donald Trump insists that ‘China wants a deal,’ and headlines surrounding the negotiations may continue to impact the price of bullion as the weakening outlook for global growth fuels speculation for monetary support. 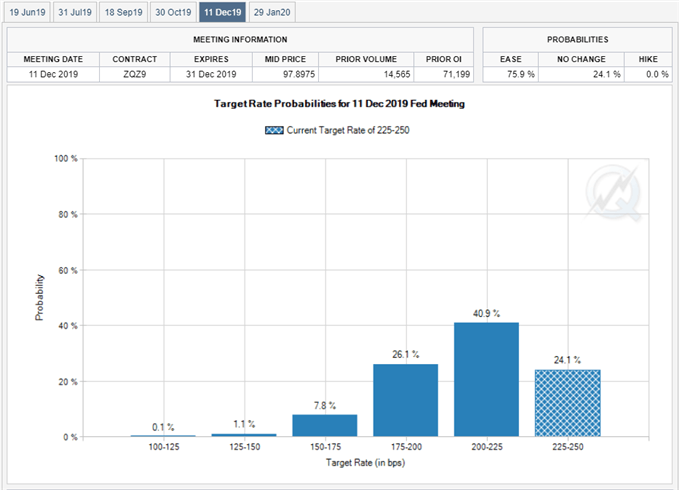 Fed Fund Futures now show a greater than 60% probability for a December rate-cut as Chinese officials plan to raise tariffs of $60B worth of U.S. goods, but recent comments from Kansas City Fed President Esther George, a 2019-voting member on the Federal Open Market Committee (FOMC), suggest the central bank is in no rush to alter the forward-guidance for monetary policy as officials find ‘few complaints about inflation being too low.’

In fact, President George argues that ‘lower interest rates might fuel asset price bubbles, create financial imbalances, and ultimately a recession’ as the unemployment rate sits ‘well below its projected longer-run level,’ and the FOMC may take additional steps to curb bets for lower interest rates as ‘the current benign inflation outlook gives us the opportunity to test our assumptions about the degree of slack in the economy and the level of the neutral rate of interest.’

With that said, Chairman Jerome Powell & Co. may continue to project a longer-run interest rate of 2.50% to 2.75% as the central bank is slated to update the Summary of Economic Projections (SEP) at the next interest rate decision on June 19, and the wait-and-see approach for monetary policy may keep gold under pressure as the FOMC remains reluctant to abandon the hiking-cycle.

Keep in mind, there appears to be a broader shift in market behavior as the price for bullion snaps the opening range for 2019, and the precious metal may continue to give back the advance from the 2018-low ($1160) as a head-and-shoulders formation remains in play. 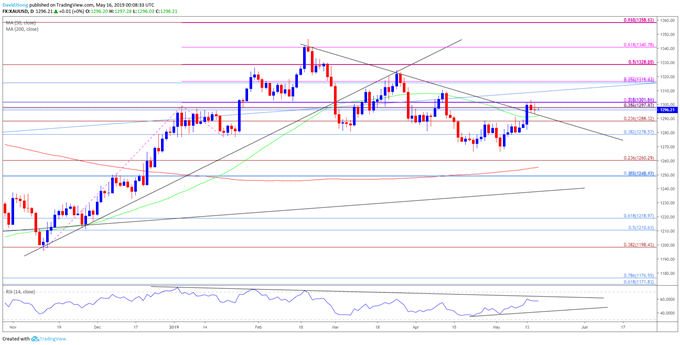