Gold attempts to retrace the decline following the Federal Open Market Committee (FOMC) Minutes, with the price for bullion bouncing back from a fresh yearly-low ($1266), but there appears to be a broader shift in market behavior as a head-and-shoulders formation starts to unfold. 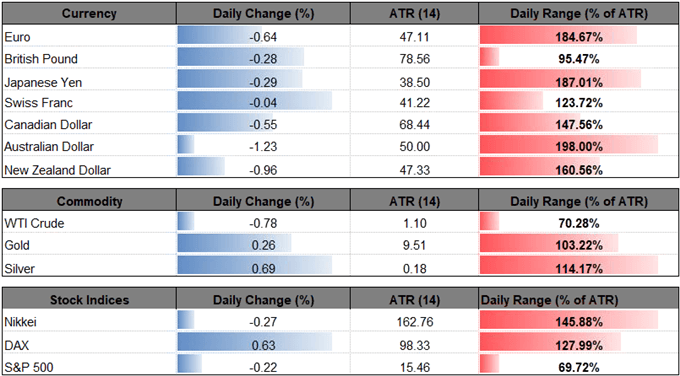 Gold fails to preserve the opening range for 2019 as Federal Reserve officials talk down the risk for a looming recession, and it seems as though the central bank is in no rush to alter the forward-guidance for monetary policy as Boston Fed President Eric Rosengren, a 2019 voting-member on the Federal Open Market Committee (FOMC), insists that ‘the pace of growth in economic activity will be enough to bring further reductions in the unemployment rate in the near term.’

It appears as though the FOMC will stick to the sidelines at the next interest rate decision on May 1 as ‘theCommittee continues to view sustained expansion of economic activity, strong labor market conditions, and inflation near the Committee’s symmetric 2 percent objective as the most likely outcomes,’ and the central bank may largely promote a wait-and-see approach over the coming months as ‘a majority of participants expected that the evolution of the economic outlook and risks to the outlook would likely warrant leaving the target range unchanged for the remainder of the year.’ 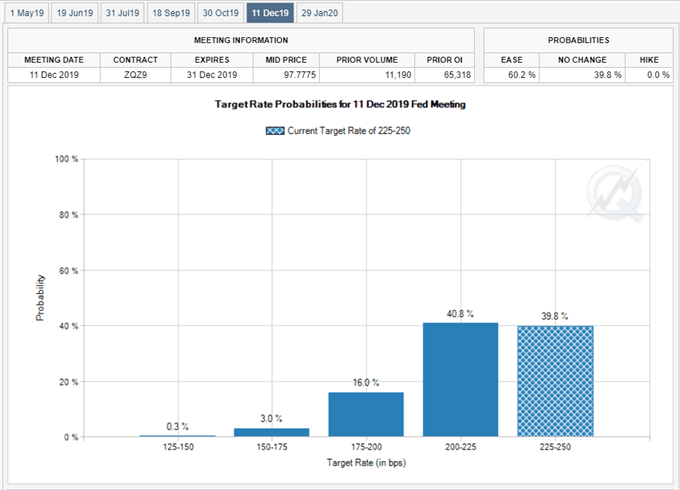 It remains to be seen if Chairman Jerome Powell & Co. will continue to project a longer-run interest rate of 2.50% to 2.75% amid the inversion in the U.S. Treasury yield curve, and the FOMC may face increased accusations of a policy error as Fed Fund Futures reflect bets for a December rate-cut. Nevertheless, the lack of urgency to alter the forward-guidance may keep the U.S. dollar afloat even though the FOMC plans to wind down the $50B/month in quantitative tightening (QT) over the coming months as ‘some participants indicated that if the economy evolved as they currently expected, with economic growth above its longer-run trend rate, they would likely judge it appropriate to raise the target range for the federal funds rate modestly later this year.’

With that said, little to no evidence of a U.S. recession may continue to drag on the price for gold as it raises the scope for higher interest rates, and failure to retain the yearly opening range may indicate a broader shift in market behavior as a head-and-shoulders formation starts to unfold. 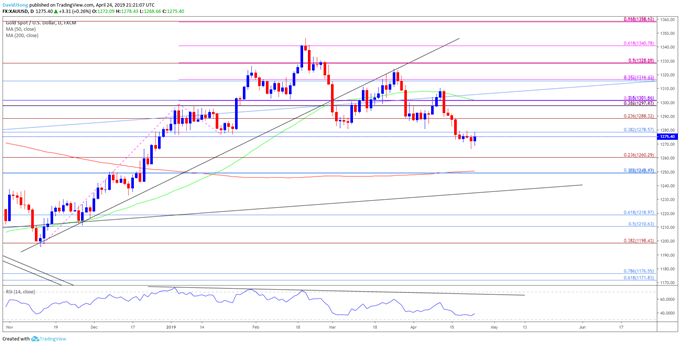