The recent weakness in gold appears to be sputtering ahead of the 2019-low ($1277) as the fresh updates to the U.S. Non-Farm Payrolls (NFP) report highlight a slowing economy, and the precious metal may continue to benefit from the current environment as the Federal Reserve appears to be on track to abandon the hiking-cycle. 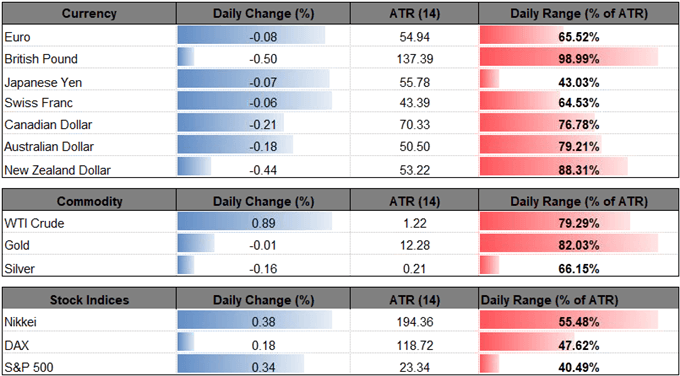 Gold attempts to retrace the decline from earlier this week even as the U.S. economy adds 196K jobs in March, with a deeper look at the report showing an unexpected decline in the participation rate, an indication that discouraged workers are leaving the labor force.

Moreover, Average Hourly Earnings narrowed to 3.2% from 3.4% per annum in February, and the batch of mixed developments may push the Federal Reserve to alter the forward-guidance as ‘data arriving since September suggest that growth is slowing somewhat more than expected.’ 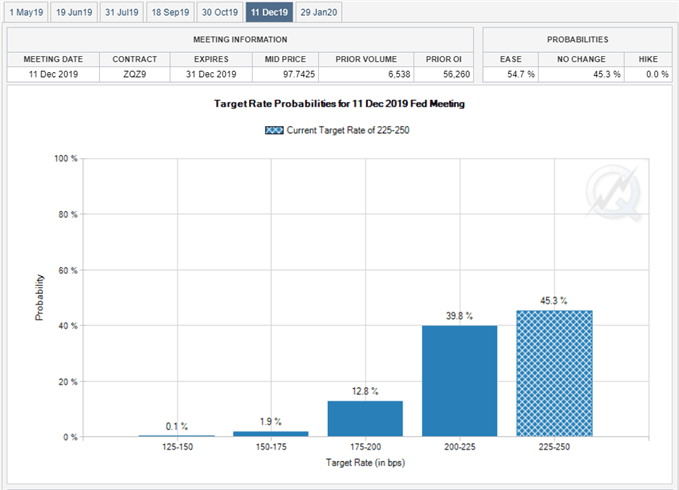 In turn, the Federal Open Market Committee (FOMC) Minutes on tap for April 10 may largely highlight a wait-and-see approach as Chairman Jerome Powell & Co. pledge to ‘be patient in assessing the need for any change in the stance of policy,’ but the central bank may come under increased pressure to insulate the economy as U.S. President Donald Trump tweets that the Federal Reserve has ‘mistakenly raised interest rates.’ With that said, Fed Fund Futures still reflect a greater than 50% probability for a rate-cut in December, and the FOMC may continue to adjust the forward-guidance over the coming months as the central bank plans to wind down the $50B/month in quantitative tightening (QT) starting in May.

It remains to be seen if the FOMC will abandon the hiking-cycle as Fed officials project a longer-run interest rate of 2.50% to 2.75%, with the U.S. dollar at risk of facing headwinds throughout 2019 as the inversion in the U.S. Treasury yield curve warns of a looming recession. In turn, gold may continue to benefit from the current environment as the Federal Reserve faces accusations of a policy error, and the price for bullion may exhibit a more bullish behavior over the coming days amid the string of failed attempts to test the 2019-low ($1277). 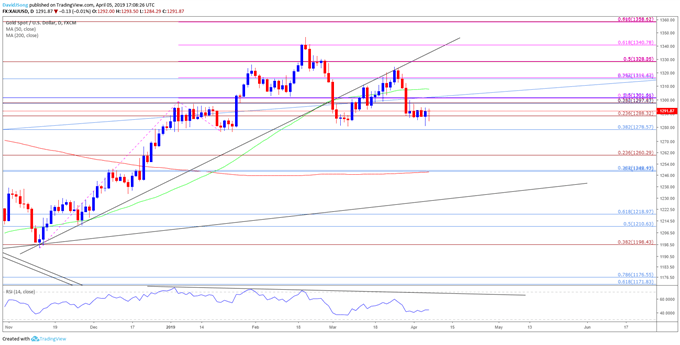