The Dow Jones will look to Thursday’s release of the finalized GDP data from the United States. While the initial fourth quarter figure – which often has a larger market reaction – was released a month ago, the final yearly data print is still subject to revisions and could deliver a shock to the Industrial Average given the landscape. The current standing of the Dow Jones and other US indices appears vulnerable and a disappointing conclusion to last year’s data could take advantage of that vulnerability. 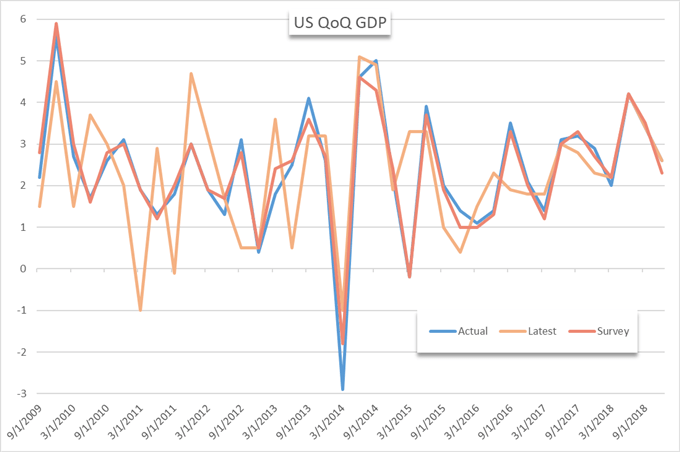 See how IG clients are positioned on various currencies and assets with IG Client Sentiment Data.

According to the put-call ratio of the S&P 500, some traders have braced for bearish price action – possibly envisioning a negative data print or a continuation of the recent risk-off attitude due to other factors. The ratio of puts to calls on the index climbed to 0.98 in Wednesday trading, the highest since January 10 when the S&P 500 traded below 2,600 and the ratio was 1. 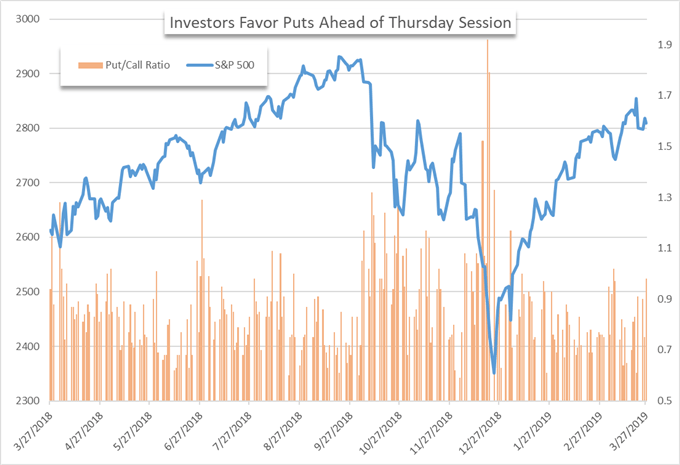 That said, some sectors may be more vulnerable than others. Manufacturing is one of the more sensitive industries to economic production as the outlook for growth can help or hurt companies that rely on continuous expansion. 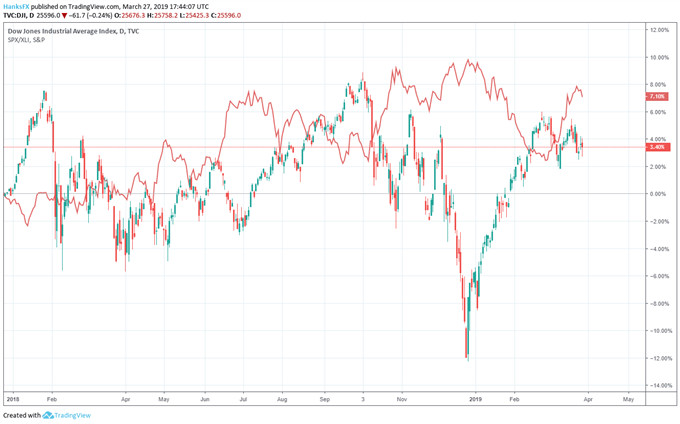 The industrial-tracking XLI ETF has recently lagged the broader S&P 500 likely due to considerable concern over slowing global growth and in part because of Boeing’s recent struggles. A poor GDP print would prove troublesome for the industry and likely contribute to further underperformance in the sector. 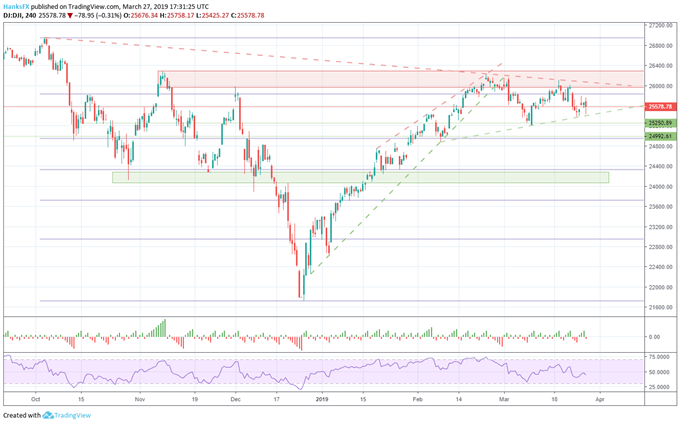 Today, the index finds itself trading indecisively in a narrowing wedge, with opportunities for a continuation higher – despite the apparent fundamental headwinds.