USDJPY finally snaps the range-bound price action from the previous month, and the Japanese Yen may continue to benefit from the current environment as there appears to be a material change in risk-taking behavior.

The Japanese Yen outperforms its major counterparts as President Donald Trump tweets that “the United States will impose a 5% tariff on all goods coming into our Country from Mexico,” and the ongoing shift in trade policy may keep USDJPY under pressure especially as U.S.Treasury yields slip to fresh yearly lows.

It remains to be seen if the Federal Reserve will respond to the weakening outlook for global growth as the International Monetary Fund (IMF) insists that ‘consumers in the US and China are unequivocally the losers from trade tensions,’ and the central bank may start to alter the forward-guidance for monetary policy in an effort to insulate the economy. 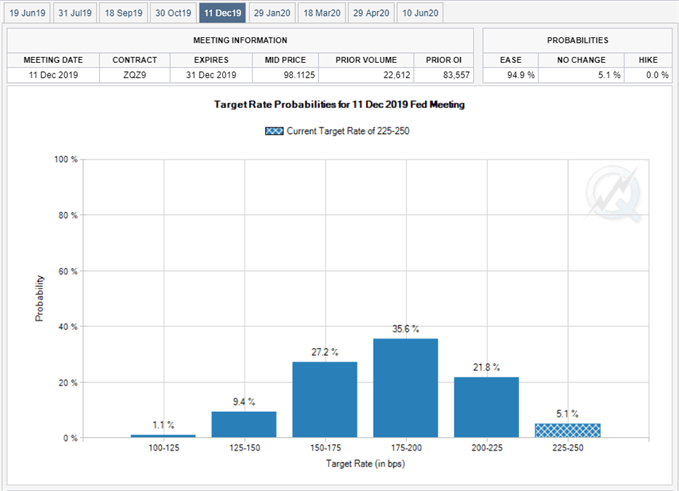 Fed Fund futures now show a greater than 90% probability for a December rate-cut, and the Federal Open Market Committee (FOMC) may come under increased pressure to reestablish its easing cycle as the central bank plans to wind-down the $50B/month in quantitative tightening (QT) over the coming months.

However, the FOMC may find it difficult to abandon the rate hiking cycle as higher tariffs are seen feeding into consumer prices, and Chairman Jerome Powell & Co. may continue to project a longer run interest rate of 2.50% to 2.75% at the next quarterly interest rate decision on June 19 as “many participants viewed the recent dip in PCE inflation as likely to be transitory.”

As a result, the FOMC may reiterate that ‘if the economy evolved as they expected, the Committee would likely need to firm the stance of monetary policy to sustain the economic expansion and keep inflation at levels consistent with the Committee’s objective,’ and the lack of urgency to alter the forward-guidance may heighten the appeal of the U.S. Dollar as it curbs bets for an imminent Fed rate-cut.

Nevertheless, the recent pickup in USDJPY volatility appears to be shaking up market participation, with retail sentiment sitting at an extreme reading. 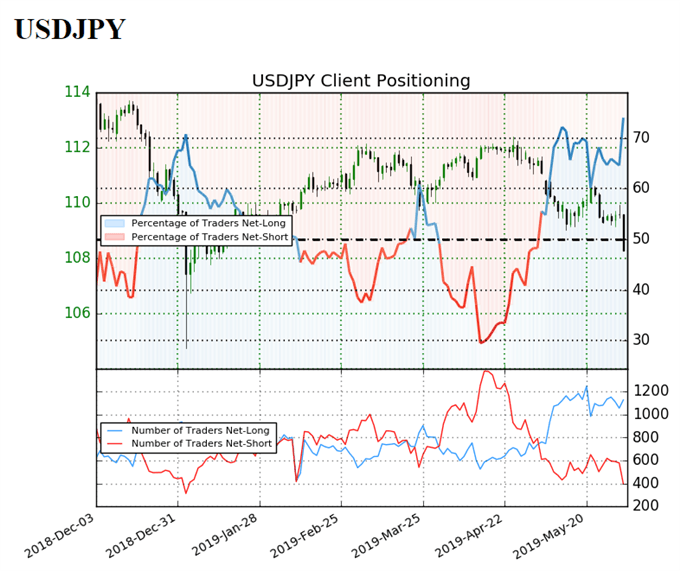 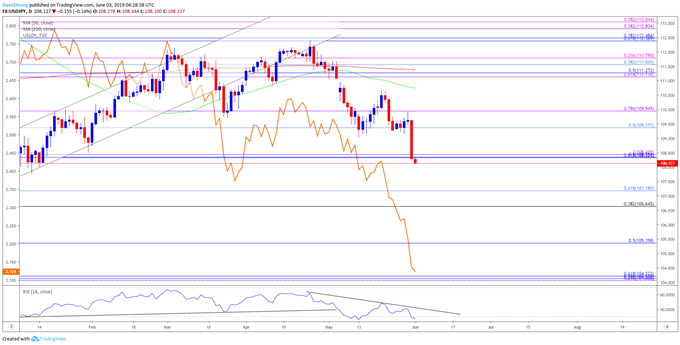 For more in-depth analysis, check out the Q2 2019 Forecast for the Japanese Yen